Arvind Kejriwal was looking for excuse to run: Congress 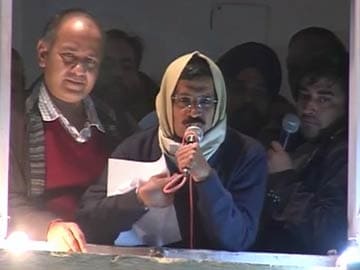 Arvind Kejriwal resigned 49 days after he took oath as Chief Minister of Delhi.

New Delhi: Congress spokesperson Sandeep Dikshit has accused Arvind Kejriwal, who resigned this evening as Delhi Chief Minister, of being a "negative person, a glib-talker and a smooth liar who was looking for an excuse to run away".

He was never serious about governing and his resignation was well-anticipated, alleged Mr Dikshit, whose mother Shiela Dikshit was Mr Kejriwal's predecessor.

Mr Kejriwal had defeated Ms Dikshit by a wide margin in her New Delhi constituency in the Delhi Assembly elections held two months ago. His year-old Aam Aadmi Party won 28 seats in a sparkling debut and the vanquished Congress offered to support his minority government with its eight legislators.

It was never a comfortable partnership and Mr Kejriwal resigned today 49 days after he took oath as Chief Minister. He has accused the Congress of joining hands with the BJP.

The Congress has charged Mr Kejriwal with trying to subvert the Constitution by attempting to push the anti-graft Jan Lokpal Bill in the Delhi Assembly despite the veto of Delhi's Lieutenant Governor.

"He (Kejriwal) was looking at an excuse to run away. He tried to subvert the Constitution and was a smooth liar. He lied through his teeth while attacking Congress", Mr Dikshit alleged, adding, "He was never serious about governing and the exit of his government marks the end of a big drama. He will find any excuse to run away, to act like a martyr."

Another Congress spokesman Abhishek Singhvi said, "Inevitably what happened was known to the nation since inception. Those who want to become martyrs for votes have no interest in governance or delivery or grappling with harsh realities of real problem-solving."