Delhi Violence: Arvind Kejriwal's latest remarks come after late night protests outside his home over the clashes in northeast Delhi. 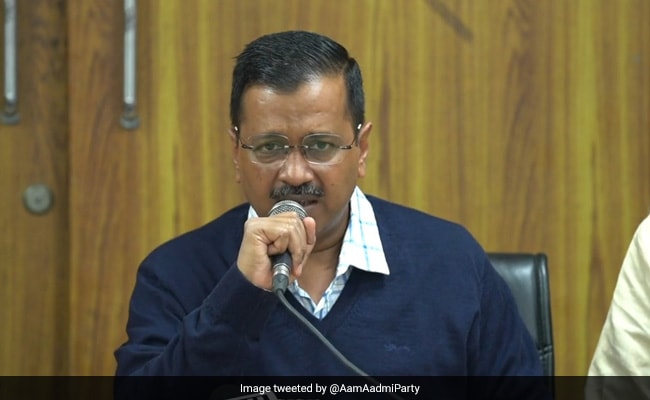 On Delhi violence, Arvind Kejriwal on Tuesday said: "This madness must end". (File)

Delhi Chief Minister Arvind Kejriwal this morning said that police is "unable" to control violence in northeastern part of the national capital where horrific clashes between pro- and anti-citizenship law protesters since Monday have killed 20 people, including a policeman. A day after Mr Kejriwal met Union Home Minister Amit Shah over the clashes and said that "police could not do anything" to prevent trouble, Mr Kejriwal today suggested that "Army should be called in".

"I have been in touch wid large no of people whole nite. Situation alarming. Police, despite all its efforts, unable to control situation and instil confidence. Army shud be called in and curfew imposed in rest of affected areas immediately. Am writing to Hon'ble HM to this effect (sic)," Mr Kejriwal tweeted this morning.

I have been in touch wid large no of people whole nite. Situation alarming. Police, despite all its efforts, unable to control situation and instil confidence

Am writing to Hon'ble HM to this effect

His latest remarks come after late night protests outside his home over the clashes in northeast Delhi. The crowd - mainly students from JNU, members of the Alumni Association of Jamia Millia Islamia (AAJMI) and Jamia Coordination Committee (JCC) - demanded action against perpetrators of violence. They were dispersed at around 3:30 am as the Delhi Police resorted to use of water cannons.

Violence spiralled over the amended citizenship law in northeast Delhi, turning it into a battlefield in the last three days with frenzied protesters torching houses, shops, vehicles and a petrol pump, and hurling stones. At least 21 people have died, most of them due to gunshot wounds; nearly 200 people have been injured. The clashes happened at a time when US President Donald Trump and his family were on a two-day visit to India.

On Tuesday, Mr Kerjriwal met Union Home Minister Amit Shah to discuss the situation with him.

"The police personnel could not do anything because they were not getting orders from their seniors. I will raise this with (Home Minister) Amit Shah ji. They can't decide whether there should be tear-gassing or lathi-charging without orders from above," Mr Kejriwal told reporters after the meeting.

After the meeting, he was seen praying at the Mahatma Gandhi's memorial at Rajghat in New Delhi as he urged people to stop the violence and requested temples and mosques to issue calls for peace. Deputy Chief Minister Manish Sisodia, and other leaders of the Aam Aadmi Party were seen with him at Rajghat.

"Hindus, Muslims, policemen are getting killed. Homes and shops are being set on fire? Who is this helping? No one. This madness should end," he said after visiting a hospital where the injured are being treated.

Mr Kejriwal also called a meeting of all party MLAs of the violence-hit areas and senior officials from different departments and said that there is a need to seal borders to prevent outsiders from coming and indulging in violence. He also said preventive arrests must be made in view of the situation.