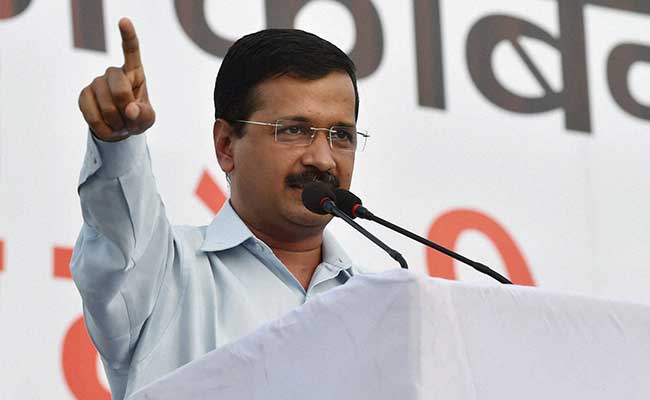 Arvind Kejriwal was granted bail by a local court in Amritsar. (File Photo)

Amritsar: Delhi Chief Minister Arvind Kejriwal, who today got bail in a defamation case filed by Bikram Singh Majithia, launched a fresh attack on the Punjab Revenue Minister over the issue of drugs, daring the SAD leader to get him arrested. Mr Kejriwal vowed to create a "new Punjab" after six months.

The Aam Aadmi Party (AAP) leader said he was not afraid of "false cases" and warned Mr Majithia that "the people will take revenge from him in the coming elections".

"I challenge Bikram Singh Majithia to arrest me in six months as they are in power. Else, I will arrest him after six months," Mr Kejriwal said.

"After six months (I will) reconstruct a new Punjab," he added.

Mr Kejriwal said Punjab was in a bad state due to the problem of drugs and renewed his allegations against Mr Majithia who is the brother-in-law of SAD chief and Deputy Chief Minister Sukhbir Singh Badal.

"Bikram Singh Majithia said that I have defamed him. How dare he say this?" he asked.

"I ask you all, who is the drug dealer in Punjab? I want to ask him, how many mouths will you shut? When I travelled across Punjab, people told me that he files false cases to threaten them," Mr Kejriwal claimed.

"If he and the Badals can file defamation cases against me, I can understand what he can do to the 'aam aadmi'," he alleged.

"The court has summoned me, so I came here. I am the chief minister of Delhi. God has blessed me with many things but when a case is filed against a common man, his entire life is ruined in going to courts. Today I want to say I'm not afraid of your false cases," he said.

Mr Kejriwal and AAP leader Sanjay Singh were today granted bail by a local court in Amritsar after they appeared in connection with the defamation case filed by Mr Majithia.

The court has fixed October 15 as the next date for hearing.