"School Boys To Take Pledge To Not Misbehave With Girls": Arvind Kejriwal

Delhi Chief Minister Arvind Kejriwal said, "...Have decided that in all government and private schools, we will get all boys to take a pledge that they will never misbehave with a girl" 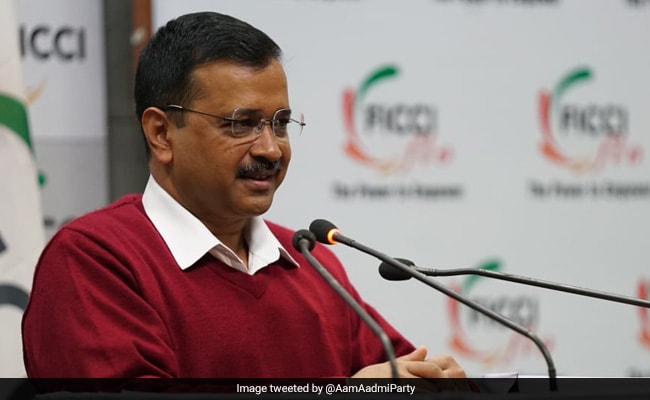 Delhi Chief Minister Arvind Kejriwal has come up with a plan to educated boys in schools not to "misbehave with girls". "(Deputy Chief Minister) Manish Sisodia and I have decided that in all government and private schools, we will get all boys to take a pledge that they will never misbehave with a girl," Arvind Kejriwal said at an event organised by industry body FICCI in Delhi.

"I have met many families where the girl child goes to a government school and the boy to a private school. For many years, girls would feel inferior because they thought their education was not important," Mr Kejriwal said.

"Now after the revolutionary change in government schools, girls tell me they look their brothers in the eye and feel like equals. Their schools have swimming pools unlike the private schools their brothers are enrolled in. This is giving an entire generation of girls immense confidence," the Chief Minister said, referring to the infrastructure upgrades the Aam Aadmi Party has done in government schools across the national capital.

"We need to build a moral pressure on boys that we will not tolerate bad behaviour. All the girls will also be asked to talk to their brothers, to tell them that he cannot ever misbehave with any girl," Mr Kejriwal said. "Mothers need to tell their male children that if you ever do something to a girl, I will never let you inside this house again. We will have to have this conversation with boys," he added.

The Aam Aadmi Party has been highlighting its work on improving quality of education and infrastructure in government schools. In September, a school in the national capital topped a ranking for government schools in the country, while two others made it to the first 10 in the rankings released by the website Education World. The government-run Rajkiya Pratibha Vikas Vidyalaya (RPVV) in Dwarka came on top.

The Chief Minister said his government has taken steps to ensure security of women in the national capital, especially those who are taking public transport. "Across Delhi we have installed CCTV cameras. Delhi is the first city in the world where we will install three lakh CCTVs in one go. Every nook and corner of the city will be covered. We will install more if required," he said.

"A lot of women have been appointed as bus marshals now. Someone asked, how will women combat miscreants in buses? I gave him example of a bus marshal Geeta Devi who bravely captured a pickpocket from a bus and handed him to the police," Mr Kejriwal said.