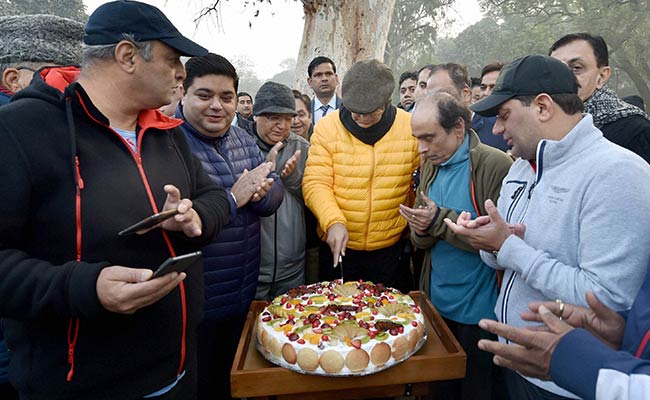 New Delhi: Finance Minister Arun Jaitley turned 63 on Monday, and was greeted on his birthday by Prime Minister Narendra Modi and many other leaders.

Mr Jaitley is among the senior most ministers in the Union Cabinet and has been active in politics since his college days when he was an ABVP student leader.

"Dear Arun ji, wishing you a very happy birthday. May you be blessed with the best health & a long life," PM Modi tweeted.

Mr Jaitley, a Rajya Sabha lawmaker from Gujarat, was also greeted by several other leaders of the BJP and various other parties.

"Thank you everyone for kind birthday wishes and blessings," he later wrote on social media platform Facebook, while posting pictures of his birthday celebrations at Lodhi Garden, where he frequently goes for a morning walk, as also at his residence and at his office.

"My best wishes and greetings to Shri @Arunjaitley on his birthday today. Pray for his good health and long life," Mr Singh said.