The steps taken by the government will bring ever- lasting peace in Jammu and Kashmir and enable it to head towards development, Shah said in Ahmedabad after inspecting a parade of the Rapid Action Force (RAF) on its 27th Raising Day. 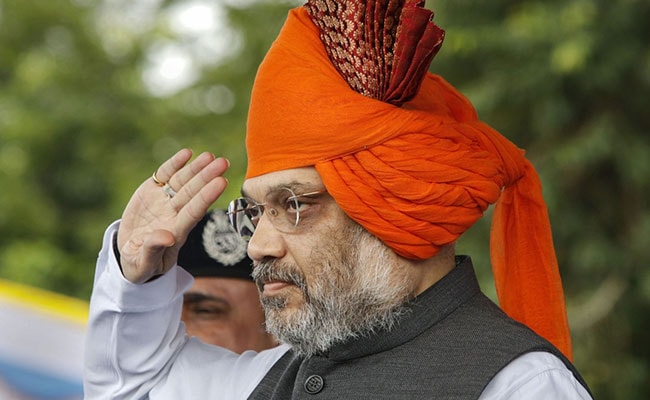 Amit Shah thanked Modi for the decision to abrogate Article 370 from the "stage of CRPF".

The abrogation of Article 370 is a true tribute by Prime Minister Narendra Modi to nearly 35,000 jawans who lost their lives fighting terrorism in Jammu and Kashmir, Union Home Minister Amit Shah said on Monday.

The steps taken by the government will bring ever- lasting peace in Jammu and Kashmir and enable it to head towards development, Amit Shah said in Ahmedabad after inspecting a parade of the Rapid Action Force (RAF) on its 27th Raising Day.

"I believe that Prime Minister Narendra Modi paid the most befitting tribute to 35,000 martyred jawans (in Kashmir) by abrogating Articles 370 and 35A," he said.

"The situation was such that our jawans were losing their lives in Jammu and Kashmir for so many years. This situation was there for 70 years, but nobody had the courage or even paid attention to rectify the situation," he said. Amit Shah thanked Modi for the decision to abrogate Article 370 from the "stage of CRPF" (whose personnel are deployed in Kashmir).

"I want to assure people of Kashmir and India that Jammu and Kashmir will walk on the path of development. Our forces will take care of those who will try to disturb peace in Kashmir. This move will bring everlasting peace," he said. Amit Shah was the chief guest at the 27th Raising Day event of the RAF at its battalion number 100 based in Ahmedabad's Vastral area.

The RAF is a specialised anti-riot and crowd control unit of the Central Reserve Police Force (CRPF), the country's largest paramilitary force comprising over 3.25 lakh personnel in its ranks.

The Home minister also gave 20 gallantry medals to CRPF personnel, including some posthumously, for exhibiting bravery in counter-terrorism operations in Jammu and Kashmir and anti-Naxal operations in various states.

This is the first time Shah attended an event of the RAF post the August 5 decision of the Centre to abrogate Article 370 provisions that gave special status to Jammu and Kashmir.

The CRPF is the lead force deployed in the Kashmir region post this decision and at present, nearly 1.5 lakh of its personnel are there for conducting counter-terrorism operations and rendering regular law and order duties.

The RAF Raising Day is on October 7, the day it became operational in 1992, but the event was rescheduled to Monday owing to some commitments of the Union Home minister.

The force has 15 battalions based in various cities across the country and each unit has a strength of over 1,000 personnel.