The Army has foiled an attempt to push in arms and ammunition by Pakistan from across the Line of Control (LoC) in Keran sector of Jammu and Kashmir and recovered a cache, including four AK-74 rifles, officials said today.

Alert troops foiled Pakistan's attempt to push in arms across the LoC in Keran Sector of north Kashmir's Kupwara district, an Army official said. He said the Army noticed two-three men transporting some items in a tube tied to a rope across the Kishenganga river.

The troops immediately reached the location and recovered four AK-74 rifles, eight magazines and 240 rounds concealed in two bags. The area has been cordoned off and a search is under progress, the official said.

He said it was another attempt by terrorists from Pakistan-occupied Kashmir (PoK) to smuggle war-like stores, but it was successfully foiled by the quick action of alert troops. 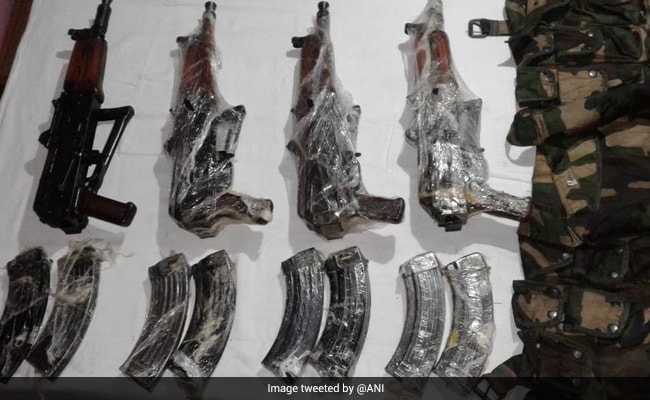 Corps Commander of the Srinagar-based Chinar Corps Lt Gen BS Raju said "There has been no change in Pakistan's intentions."

"This morning, in the Keran sector, Pakistan tried to send across the Kishenganga river four AK-74 rifles and a huge cache of ammunition in a tube, but our alert troops with the help of surveillance devices, recovered the cache. It signifies that there has been no change in Pakistan's intentions. We will continue to foil their attempts in the future as well," Lt Gen Raju told reporters in Srinagar.

"There have been attempts in Keran, Tangdhar, in Jammu sector and Punjab as well. The main aim is to keep the people of Kashmir involved always in terrorism. But, our resolve is to stop weapons from coming in so that there is minimal loss to the people here. We need the cooperation of the people in this so that we can stop terrorism," the Corps Commander said.

After Dark Skin Taunts, She Killed Husband With Axe, Chopped Off Genitals