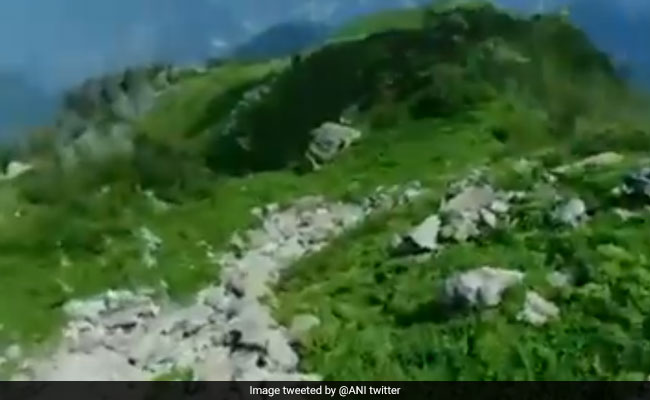 An infiltration attempt by a squad of Pakistan's Border Action Team (BAT) was foiled along the Line of Control (LoC) in Keran sector in the first week of August, the Indian Army said on Monday.

At least five bodies of the BAT personnel and terrorists and their equipment can be seen in a video released by the Army.

In a related development, a senior Army officer said there were "many inputs" about a possible terrorist attack in southern and peninsular India.

#WATCH: Indian Army foiled an infiltration attempt by a Pakistani BAT(Border Action Team) squad along the Line of Control in Keran Sector of Kupwara in the 1st week of Aug. Bodies of eliminated Pakistani Army regulars/terrorists along with equipment seen in video.#JammuAndKashmirpic.twitter.com/kXKsJskVs0

"We have got many inputs that there may be a terrorist attack in southern and peninsular India. Some abandoned boats have been recovered from Sir Creek (in Gujarat)," Lieutenant General SK Saini, GOC-in-C, Southern Command, told reporters in Pune.