Chinese Intrusion Stopped In Arunachal Pradesh. Here's What Army Did

India has been maintaining a strict vigil along the nearly 3,500-km LAC following the standoff in eastern Ladakh last year.

India has been maintaining a strict vigil along the nearly 3,500-km LAC.

Indian soldiers engaged in a tense standoff with Chinese troops who transgressed in Arunachal Pradesh last week across the Line of Actual Control or LAC, sources told NDTV. The development comes a month after reports of incursion by Chinese forces in Uttarakhand.

"There is a difference in perception of the Line of Actual Control in this area ... and that both sides undertake patrolling activities upto their line of perception," the source said.

Sources indicate that the physical engagement of Indian and Chinese soldiers likely lasted for a few hours before soldiers of both sides disengaged.

There was no damage to Indian defences in the sector.

This is an area where Chinese incursions have been reported several times in the past. 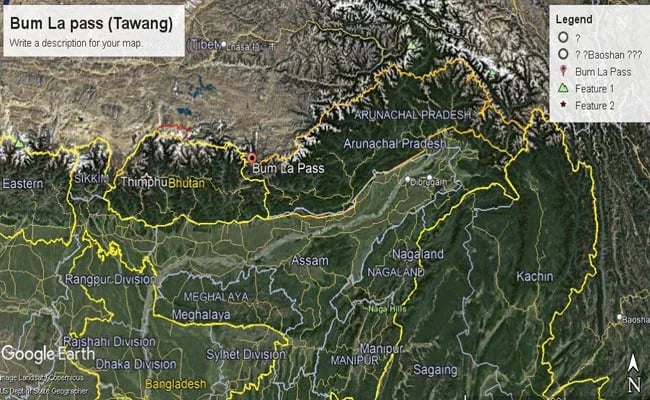 On August 30, close to 100 Chinese soldiers transgressed 5 km across LAC last month in Barahoti region, North of the Nanda Devi biosphere reserve, and returned after a few hours from the area guarded by the Indo-Tibetan Border Police (ITBP), news agency PTI said.

According to sources quoted by the PTI, minor transgressions have been taking place in Barahoti because of differing perceptions about the LAC by both sides.

However, what surprised the Indian officials was the number of Chinese military personnel who transgressed on August 30, they said.

The Chinese side has also significantly ramped up infrastructure development along the LAC in the sector.

India has been maintaining a strict vigil along the nearly 3,500-km LAC following the eastern Ladakh standoff.

The border standoff between the Indian and Chinese militaries erupted on May 5 last year in eastern Ladakh following a violent clash in the Pangong lake area. Both sides gradually ramped up their presence by rushing in tens of thousands of soldiers as well as heavy weaponry.

As a result of a series of military and diplomatic talks, the two sides completed the disengagement process in the Gogra area last month.

Each side currently has around 50,000 to 60,000 troops along the Line of Actual Control (LAC) in the sensitive sector.