The Act is an amendment to the six-decade-old Arms Act, 1959 to effectively curb crimes committed by using illegal firearms in the wake of spurt in illegal arms smuggling. 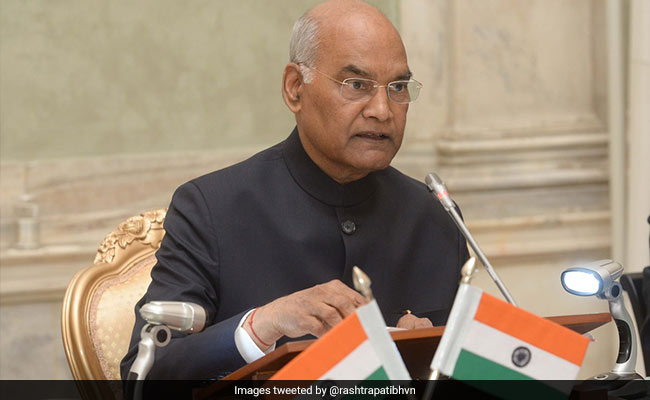 Ram Nath Kovind gave his approval to the Act which provides for enhancement of period of arms licence.

New Arms (Amendment) Act has come into force with President Ram Nath Kovind giving his assent to a Bill cleared by Parliament earlier this week to help the government in controlling the proliferation of illegal arms and ammunition in the country.

Ram Nath Kovind gave his approval on Saturday to the Act which provides for enhancement of period of arms licence from three years to five years and issuance of arms licence in its electronic form for rationalising and facilitating the licensing procedures for use of firearms by individuals as well as to curb crimes committed by using illegal firearms.

The Act aimed at providing effective deterrence against violation of the law.

"In exercise of the powers conferred by sub-section (2) of section 1 of the Arms (Amendment) Act, 2019 (48 of 2019), the Central Government hereby appoints the 14th day of December 2019, as the date on which the provisions of the said Act shall come into force," a Gazette notification issued on Saturday reads.

The Arms (Amendment) Bill, 2019 was cleared from Rajya Sabha on Tuesday, a day after it was passed from the Lok Sabha, proposing stringent punishment for illegal weapons and ammunition traffickers.

The Act is an amendment to the six-decade-old Arms Act, 1959 to effectively curb crimes committed by using illegal firearms in the wake of spurt in illegal arms smuggling.

It bans the manufacture, sale, use, transfer, conversion, testing or proofing of firearms without a license. As per the amendment, even the punishment for offences under the act has been increased to between seven years and life imprisonment, and a fine.

Previously, the punishment for offences under the act was between three to seven years, along with a fine. The security forces this year, seized 438 illegal guns and 30,480 ammunition, said the Minister, adding that in coming years the government will add a provision to give licence in form of smart card and will do away with the licence book.