"It is very easy to divide people through art, movies...This is the time to show more unity so that we can be more powerful and we can lead the world," said composer AR Rahman following Amit Shah's "Hindi" remark. 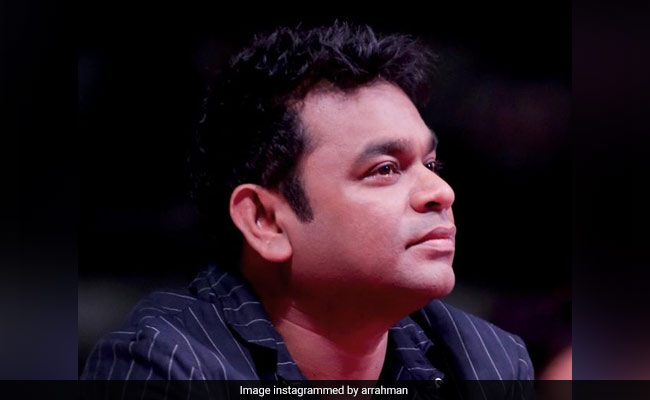 AR Rahman earlier posted an image on the Tamil language on Twitter in the wake of Amit Shah's comments.

Oscar-winning musician AR Rahman has rued the "north-south" divide in the country and called for unity for the nation to be more powerful.

Responding to Union Home Minister Amit Shah's "Hindi should be alternative to English" remark, he said, "Tamil is the link language."

In his address at a CII event, Mr Rahman reminisced his encounter with a Chinese man seven years ago and said the latter was all praise for north Indians and about their "charming movies." He wondered if the man had watched south Indian movies, Mr Rahman said, adding he was "deeply disturbed" over the remarks.

"South India-north India (divide), I think India is India. For me, it doesn't matter. Somebody does good here, north Indians benefit, somebody does good there, we benefit, the borders are broken. It is very easy to divide people through art, movies. This is the time to unite, celebrate differences...this is the time to show more unity so that we can be more powerful and we can lead the world," he said.

Presiding over the 37th meeting of the Parliamentary Official Language Committee, Mr Shah had said Prime Minister Narendra Modi has decided that the medium of running the government is the official language and this will definitely increase the importance of Hindi.

Incidentally, an image posted Mr Rahman on Tamil language then on Twitter in the wake of Shah's comments had triggered an animated debate in the social media on languages.

An artistic depiction of a white saree-clad woman in the centre, against a background of red was seen as a subtle reference to mother Tamil and opposition to imposition of Hindi, with voices coming for and against the composer.