iPhone XR, Among World's Most Advanced Smartphones, Now Made In India

The iPhone XR demand further saw an uplift after the price drop and aided by heavy promotional activities in the ongoing festive season. 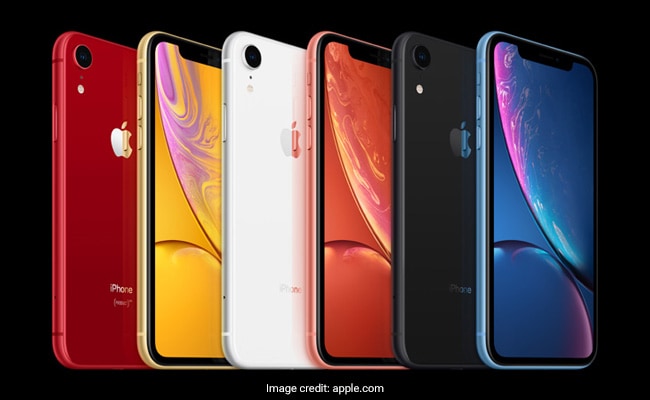 In a big impetus for its India manufacturing dream, Apple has started production of its highly successful iPhone XR in the country.

Multiple sources confirmed to IANS on Monday that the production of iPhone XR, that was launched last year but is still flying off the shelves, is up and running at Apple supplier Foxconn's facility in Sriperumbudur, Chennai.

Riding on heavy promotional offers on iPhone XR, Apple regained top position in the premium smartphone segment in India in the second quarter (Q2) this year.

According to the International Data Corporation (IDC), in the premium ($500 or Rs 35,000 and above) segment, Apple bettered Samsung for the leadership position with an overall share of 41.2 per cent in 2Q19.

The iPhone XR demand further saw an uplift after the price drop and aided by heavy promotional activities in the ongoing festive season.

In a clear signal that India is Apple's next growth market, Taiwanese smartphone manufacturer Foxconn's Chairman Terry Gou recently said the company would begin mass production of iPhones in India this year.

Gou said the move "will get Foxconn more deeply involved in the development of the country's smartphone industry" which currently has over 450 million smartphone users.

Foxconn is already expanding its manufacturing operations in India.

"To start with, it makes sense for Apple to localise assembling of models that have the potential to scale up and then slowly expand it to entire portfolio," Tarun Pathak, Associate Director at Hong Kong-based Counterpoint Research, told IANS recently.

The iPhone XR is available for Rs 44,900 online, with some great buy back and cash back offers.

Apple in August said it looks forward to welcoming customers at its first branded retail store in India soon.

"We love our customers in India and we're eager to serve them online and in-store with the same experience and care that Apple customers around the world enjoy," Apple said.