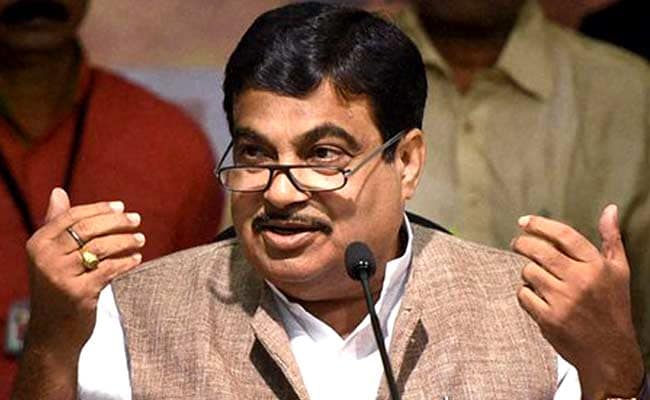 Nitin Gadkari's comments came a day after the BJP tore into the Mamata Banerjee-led Trinamool government, accusing it of turning the state into a 'safe haven for terrorists'.

Kolkata: Amid allegations that three suspected ISI agents arrested from Kolkata had allegiance to the Trinamool Congress, Union Minister and BJP leader Nitin Gadkari, without taking names, claimed today that appeasement of terrorists had been taking place in the country.

"National security is not a question of politics and it should never be politicised. But unfortunately, the situation in the country is such that for vote-bank, appeasement of terrorists and terror organisations also happens," Mr Gadkari, who is the minister for road transport, highways and shipping, said on the sidelines of an event in Kolkata.

Mr Gadkari made the remarks while commenting on the arrest of three suspected ISI agents, one of whom was allegedly a member of the students' wing of the Trinamool Congress while another was a union leader owing allegiance to West Bengal's ruling party.

Mr Gadkari's comments came a day after the BJP tore into the Mamata Banerjee-led Trinamool government, accusing it of turning the state into a 'safe haven for terrorists'.

The union minister, however, praised the Banerjee government for its commitment to the Rs 12,000 crore Sagardwip sea port project in the Bay of Bengal.

"The Bengal government's support towards the Sagar project has been good and Mamata Banerjee has shown a keen interest. We are confident that together we will get the project started soon," he said.

Blaming Pakistan for resorting to a proxy war against India, Mr Gadkari stressed on the need for fighting collectively against terrorism.

"Pakistan knows it cannot win against India in a war, so it has been indulging in proxy wars and trying to break India's communal harmony.

"It is also not true that people from a particular religion or belief are involved in (terrorism). We all need to collectively battle terrorism. Across the globe, nations including Muslim counties have agreed to fight against terrorism," he said.