Over Rape Threat Against Daughter, Anurag Kashyap's Message To Detractors

Filmmaker Anurag Kashyap tweeted today to say he had filed a First Information Report (FIR) against a social media user who issued a rape threat to Aaliyah Kashyap, his daughter. 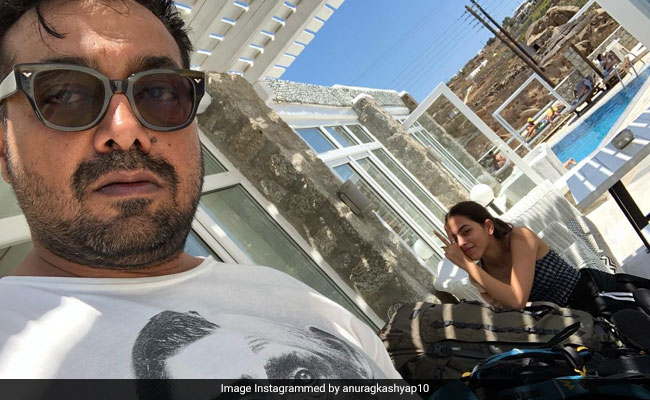 Filmmaker Anurag Kashyap tweeted today to say he had filed a First Information Report (FIR) against a social media user who issued a rape threat to Aaliyah Kashyap, his daughter. In his thank you message to the Mumbai police, he tagged Prime Minister Narendra Modi and Maharashtra Chief Minister Devendra Fadnavis.

"I want to thank @MumbaiPolice @MahaCyber1 @Brijeshbsingh for helping me with filing the FIR . Thank you so much for the amazing support and starting the process .Thank you @Dev_Fadnavis  and thank you @narendramodi Sir. As a father I am more secure now," he said in the tweet.

Mr Kashyap had earlier tweeted to say the rape threat was from a supporter of PM Modi. Mr Kashyap, who has frequently criticised the Prime Minister, had tagged him in the tweet on the day election results showed PM Modi would return with a thumping majority.

Thanking PM Modi for his "message of inclusiveness", Mr Kashyap had asked "how do we deal with these followers of yours who celebrate your victory by threatening my daughter with messages like this for me being your dissenter".

Coming in for criticism from social media users for tagging the Prime Minister, Mr Kashyap added a message to his detractors with his thanks.

"The irony with social media is when I say vote for your constituent so one can take there (sic) problems to them, they say Vote for the PM. When you tag PM to the the tweet they say it's not his responsibility go to the constituent," Mr Kashyap said in the tweet.

Earlier, actor Suchitra Krishnamoorthi had tweeted saying she had received rape threats against her daughter and herself, despite being a supporter of PM Modi.

Responding to the actor, Mr Kashyap said the "point is one statement from him that he does not endorse hatemongers will shut them up."