Anupam Kher to Aamir Khan: Did you Tell Wife Kiran This Country Made You? 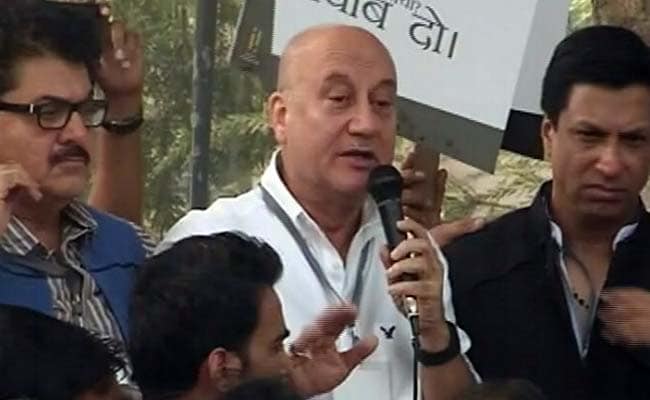 New Delhi: Aamir Khan's comments on perceived "intolerance" have drawn a caustic rejoinder from his fellow actor Anupam Kher, with whom he has starred in many hit films.

Speaking at the Ramnath Goenka awards for journalism on Monday, the 50-year-old actor said he felt alarmed by a number of incidents and added: "When I chat with Kiran at home, she says, 'should we move out of India?' That's a disastrous and big statement for Kiran to make. She fears for her child. She fears what the atmosphere around us will be. She feels scared to open the newspapers every day. That does indicate that there is this sense of growing disquiet, there is growing despondency apart from alarm."

Mr Khan also said he supported writers, artistes and filmmakers who have returned their national awards to highlight concerns over what they call rising intolerance after incidents like the killing of three rationalists in Maharashtra and mob attacks over beef and cow slaughter rumours.

Anupam Kher, who recently took out a "March for India" to protest against those giving back their awards and what he calls "selective outrage", responded to Aamir Khan's comments in a series of tweets.

Dear @aamir_khan. Did you ask Kiran which country would she like to move out to? Did you tell her that this country has made you AAMIR KHAN.

Dear @aamir_khan. Did you tell Kiran that you have lived through more worse times in this country & but you never thought of moving out.

Dear @aamir_khan. When did 'Incredible India' become 'Intolerant India' for you? Only in the last 7-8 months? #AtithiDevoBhavah

Dear @aamir_khan. #SatyamevaJayate u talked about evil practices but gave Hope. So even in 'Intolerant' times u need 2 spread Hope not Fear.