Anthrax Outbreak In Kerala Forest: All You Need To Know

CDC said that anthrax is not contagious, which means a person can't catch it from another person like the cold or flu. 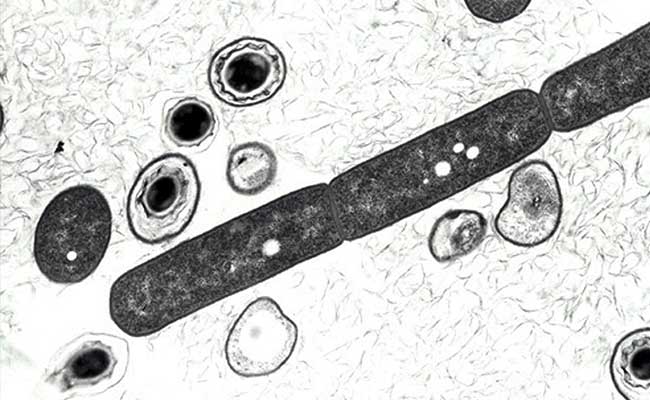 The bacteria that causes anthrax occurs naturally in soil and affects domestic and wild animals.

Kerala has reported the death of some wild boars due to an anthrax outbreak in Athirappilly forest region. State Health Minister Veena George said that local authorities, investigating the wild boar carcasses, found traces of the Bacillus anthracis bacteria.

"Wild boars have died en masse in the Athirappilly forest area. Subsequently, the Health Department, the Animal Husbandry Department and the Forest Department conducted an investigation. Samples of these were tested to confirm the case of anthrax infection," the minister said in a statement on Wednesday.

Anthrax is a serious infectious disease caused by gram-positive, rod-shaped bacteria known as Bacillus anthracis, according to Centers for Disease Control (CDC) and Prevention. It occurs naturally in soil and commonly affects domestic and wild animals around the world.

How to people get affected with anthrax?

People can get sick with anthrax if they come in contact with infected animals or contaminated animal products. When anthrax spores get inside the body, they get "activated", said CDC. The bacteria can then multiply, spread out in the body, produce toxins, and cause severe illness, it added.

The bacteria can enter a human body through the respiratory tract, and by having contaminated food or water.

How serious is the anthrax infection in Kerala?

Health officials in the state said that there is nothing to worry about the deaths of some wild boars due to anthrax. They added that people should not be worried about getting the infection as Kerala government has taken crucial steps to stop its spread.

CDC said that anthrax is not contagious, which means a person can't catch it from another person like the cold or flu.