Another Woman Burnt In Telangana, Close To Where Veterinarian Was Killed

Although both the bodies were found in Shamshabad near Hyderabad, there was no clarity on whether the two incidents were connected. 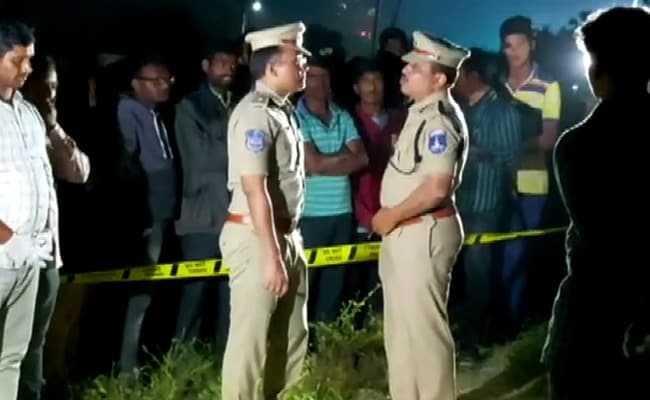 Police said the body was being moved to a government hospital for a post-mortem examination.

A day after the body of a 26-year-old veterinarian was found in a charred state at Shamshabad near Hyderabad on Thursday, police found another woman dead under similar circumstances in the same locality.

"The body was found in an open area behind a temple on the outskirts of Shamshabad. It was reported around 7:30 pm on Friday. It is still not clear if the person had immolated herself or was set on fire. The body has been sent to Osmania Government Hospital for an autopsy," Shamshabad Deputy Commissioner of Police Prakash Reddy said.

Although police said the second woman was found dead just a few kilometres away from where the veterinarian's body was recovered, they could not confirm if the two incidents were linked.

The first incident had sent shockwaves across the nation, drawing assurances from the Telangana police and government that everything was being done to catch the culprits and spurring the Centre to send an advisory asking all state governments to ensure the safety of women. Police suspect that the victim was raped before being murdered.

The veterinarian had gone missing on Wednesday night, while she was heading home from work. Investigations revealed that on her way back, she tried to pick up the two-wheeler she had parked there that evening only to find it punctured. The victim had last called her sister around 9:15 pm on Wednesday. An audio recording of their conversation seemed to suggest that somebody had offered to get her flat tyre fixed, and that she was feeling scared because some truck drivers near her were behaving in a suspicious manner.

Her sister, who works at the Shamshabad airport, called back after a short while but found the phone switched off. Subsequently, she and a colleague went to the toll plaza to look for the victim and then approached the police.

Telangana Director General of Police Mahendar Reddy called the murder "gruesome and atrocious", and promised to ensure that the culprits -- once caught -- are convicted expeditiously in a fast-track court. "Deeply pained and anguished. Telangana police will do everything possible to catch the offenders at the earliest and get them convicted through a fast-track court. Anyone, anytime, anywhere in distress, please dial 100," he said in a tweet.

Four people -- two truck drivers and two cleaners in their twenties -- have been arrested in connection with the veterinarian's murder.