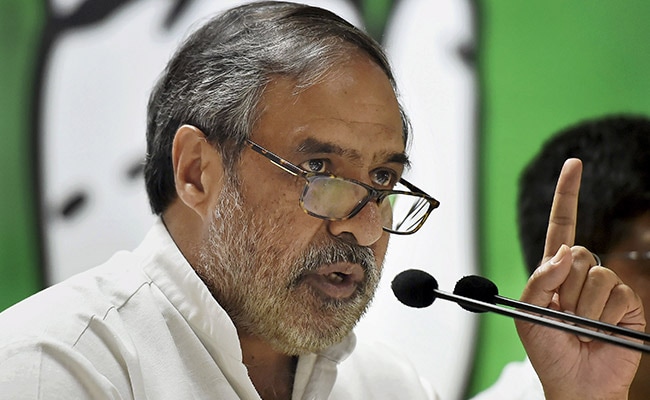 Senior Congress leader Anand Sharma, today urged the court to recall its Rafale judgment and issue contempt of court notice to the government. Mr Sharma alleged that the Centre had provided false information to the top court. On Saturday, the Centre approached the Supreme Court for a "factual correction" in a paragraph in its judgment, which has a reference to the Comptroller and Auditor General (CAG) report and parliament's Public Accounts Committee (PAC) on Rafale pricing.

"We urge the Supreme Court to recall its judgment on Rafale and issue notices of perjury and contempt of court to the government," Mr Sharma said. In a sharp remark targeting Prime Minister Narendra Modi and the BJP, the Congress leader said, "They should seek penance and take a dip in the holy Ganges instead."

The Congress leader also alleged that the government was "guilty of committing breach of privilege" of both Houses of Parliament by claiming that the CAG report on Rafale pricing had been presented to the PAC.

The Centre in its petition said that the top court "misunderstood the procedure" mentioned in the sealed cover it submitted to the court. The petition said that it only outlined the procedure in the sealed cover along with the pricing details of the 36 fighter jets and not that the CAG had examined the pricing of the jets and submitted its report to the PAC.

"...unfortunately, an element of misinterpretation of the statement made in the note/bullet points handed over on behalf of the Union of India in the sealed cover, appears to have crept in. This has also resulted in a controversy being raised in the public domain," the Centre's petition said.

The Supreme Court on Friday rejected all the petitions against Centre's Rafale deal and said that "there is no evidence of commercial favouritism to any private entity."

Anil Ambani, in a statement on Friday, said the top court ruling "conclusively established the complete falsity of wild, baseless and politically motivated allegations". Dassault Aviation, the makers of Rafale, too welcomed the ruling on the multi-billion dollar contract.