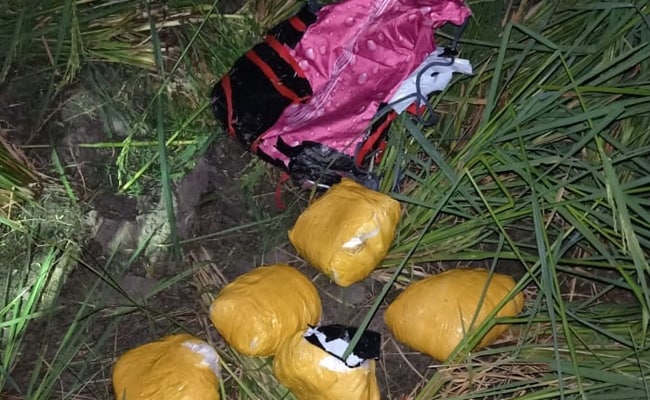 The Border Security Force (BSF) has recovered 6 kilogram of heroin that was smuggled to India from Pakistan with the help of a drone in Punjab's Amritsar.

The Border Security Force (BSF) in their statement said that on the intervening night of September 9 and 10, a patrolling team recovered six packets of suspected heroin near the border fence in the Amritsar sector.

Vigilant forward troops heard the buzzing sound of the drone, and as per drills, the troops fired on the object which went towards the Pakistan area, the statement added.

"Anti-national elements are trying hard to smuggle drugs by adopting various modus operandi but the attempts are being foiled by troops of Border Security Force. The combined seizure of BSF and other sister agencies to date has been approx. 324.509 Kgs," force's public relation officer said.