Ramchandra Guha admits that his narrative of Jinnah in his new book, "Gandhi: The Years That Changed The World, 1914-1948", is "not sympathetic". 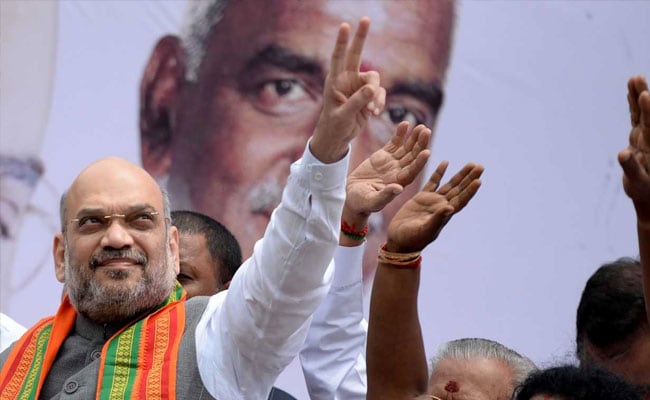 Describing Muhammad Ali Jinnah as a "straightforward figure", historian and author Ramachandra Guha says the Pakistan founder was at best an "astute politician" driven by a single-point agenda.

Mr Guha admits that his narrative of Jinnah in his new book, "Gandhi: The Years That Changed The World, 1914-1948", is "not sympathetic".

Among all the political leaders of that era, the shades of grey in Jinnah's personality may have escaped Mr Guha. "Jinnah, from the early 1930s, had one-point agenda - build Pakistan with me as a leader," Mr Guha told PTI in an interview.

So in that sense he is "relatively straightforward figure from the 1930s onward" when he was consumed by his "new desire" to create a new country of which he would be leader, he added.

"I would say he is a straightforward figure and my narrative (of Jinnah) is not sympathetic unlike Ambedkar or some other leaders where I can see the inner-struggles of a man," said the author of best-selling book "India After Gandhi".

He went on to compare Pakistan's Quaid-e-Azam (the great leader) to BJP president Amit Shah.

"In some ways you can even compare him (Jinnah) to Amit Shah as he says, 'I will win election whatever happens' and Jinnah said, 'I will get Pakistan whatever happens, even at the cost of dead bodies'," he added.

Asked what if another scholar finds his opinion about Jinnah rather too simplistic or wrong of sorts, the 60-year-old scholar was quick to reply, "Well, they are free to do that. But they need to document more than what I have done in the book and my works."

His latest book, an 1,100-plus-page-tome, tells the story of Gandhi's life from the time he left South Africa to his assassination in 1948.

According to Mr Guha, Gandhi and Ambedkar are "heroic figures".

Bringing in  political commentators Arun Shourie and Arundhati Roy into the discussion, he said to them history means "heroes and villains" only, hence they "elevate one to diminish other".

Mr Guha said both Mr Shourie and Ms Roy are "works of ideology, not scholarship".

"Shourie elevates Gandhi to diminish Ambedkar, and Roy elevates Ambedkar to diminish Gandhi. And (doing this) they both suppress the very vital facts about the other person...  It is ironic that they mirror each other and have this deep desire of representing history as heroes and villains only," he said.

He said Gandhi is someone next to only Buddha in terms of the universal appeal.

In the book's epilogue, he takes on both Shourie and Roy for their "highly partial" and "highly prejudiced" presentation of the two leaders.

The book also quotes Shourie's book "Worshipping False Gods" where he makes charges against Ambedkar that "he sided with British colonalists rather than with Indian nationalists". He also refers to Roy's statement accusing Gandhi of being a "conservative defender of the caste system who changed his views at a glacial pace".

"Roy and Shourie have contributed to this distortion. And I think it was important to get the record straight ... there is difference between proper thorough history and plain polemics," he said.

Published by Penguin (Allen Lane), "Gandhi: The Years That Changed The World, 1914-1948", priced at Rs 999, is the sequel to "Gandhi Before India" (2014), which traced Gandhi's early life in India and his years in South Africa as a lawyer and activist.