Akash Vijayvargiya, a first-time BJP legislator who represents the assembly seat of Indore-3, was seen in a video charging at a municipal official with a cricket bat 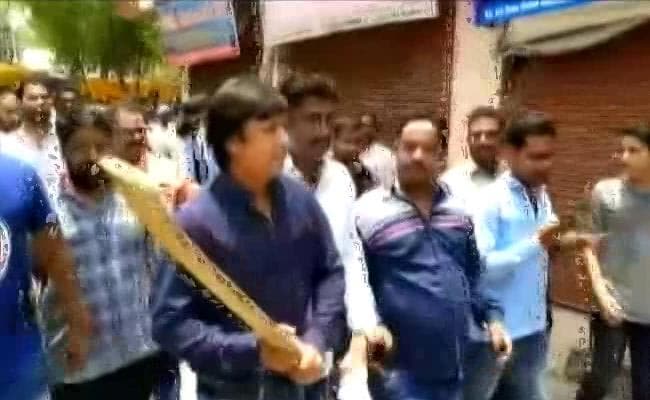 BJP chief Amit Shah has sought a report from the party's Madhya Pradesh unit after the son of senior BJP leader Kailash Vijayvargiya thrashed a municipal official in Indore with a cricket bat, an incident that was shared widely on social media.

Senior leaders in the BJP at the centre want to know the exact sequence of events, sources said, adding the party will take a call on what to do with the son of the party leader after "studying all the facts of the case". The incident is hurting the party's image, they said.

Akash Vijayvargiya, a first-time BJP legislator who represents the assembly seat of Indore-3, was seen in a video charging at a municipal official with a cricket bat on Wednesday. The official was part of a team that was on an anti-encroachment drive in the city when they were approached by Akash Vijayvargiya and his supporters. "You should leave within five minutes or else whatever happens after that will be your responsibility," Mr Vijayvargiya told the officers.

Akash Vijayvargiya has been sent to jail till July 7 after his bail plea was denied for attacking the civic official. The dramatic scenes of the young politician and his supporters chasing the official with a cricket bat took place in full public view, in the presence of policemen and television crews.

"In the BJP, we've been taught, pehle aavedan, phir nivedan aur phir danadan (first request and then attack)," he told reporters after the assault. "I am an elected representative. It is my responsibility to sort out the issues between the residents and the authorities. I was making every effort. But the civic body officials were indulging in dadagiri and weren't listening to the people," he said.

Reacting to the incident, Madhya Pradesh Home Minister Bala Bachhan said, "You see, this is the real face and character of the BJP. They can't control their public representative. This is their conspiracy. We will take strict action against them."