Amid Pandemic, Lucknow, Delhi Face Most Danger From An "Everyday Killer": Report

The report calls for urgent policy action, but the biggest benefits of increased life expectancy is contingent on India adopting the WHO's standards for air pollution which are far stricter than India's national standards. 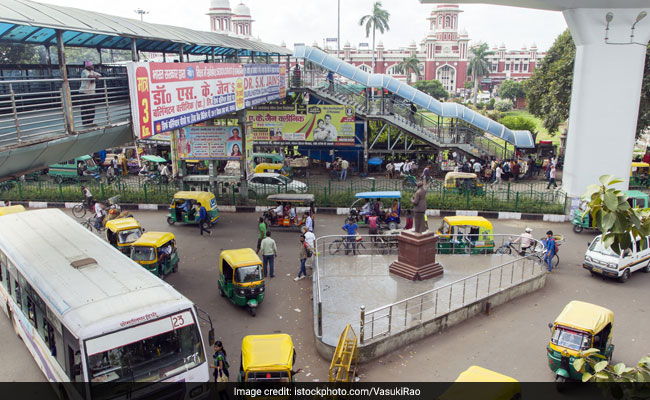 Lucknow's air pollution is 11 times more than the WHO's guideline

A new report by the Energy Policy Institute of the University of Chicago (EPIC.) says that air pollution is a bigger killer than coronavirus, much worse than conflict and terrorism. India has the second-worst air pollution in the world, after Bangladesh, its research shows. All of India's 1.4 billion people live in areas where the annual average particulate pollution exceeds the World Health Organization's standards. If pollution levels persist, almost 250 million people in northern India could lose more than eight years of life expectancy.

Published in the middle of the coronavirus pandemic, the Air Quality Life Index, 2020, annual update report says, "Air pollution was the greatest risk to human health before COVID-19 and will be after COVID-19."

Air pollution has deadly effects on a person's heart, lungs, brain and other systems and organs, its impact more devastating than even conflict and terrorism. The report says the average life expectancy lost per person due to air pollution is 1.9 years but 23 days due to war and terrorism.

Residents In Delhi And Uttar Pradesh Worst-Hit, Stand Most To Gain By A Clean-Up

People in Delhi stand to lose over 9.4 years because of particulate pollution, the highest of all the states. But if one compares cities, then the worst-hit is Lucknow. It has the highest level of pollution in the country, 11 times more than the WHO's guideline. If the level of air pollution persists, people here stand to lose 10.3 years of life expectancy. The report says the average life expectancy lost per person due to air pollution is 1.9 years.

While Bihar and West Bengal can add seven years of life expectancy of their residents if particulate matter pollution is reduced in line with the WHO standards, this goes up to 8.6 years in Uttar Pradesh.
The report comes at a time when scientists are investigating links between COVID-19 and air pollution, with some reports like the one Harvard which linked air pollution with higher coronavirus death rates.

The University of Chicago is no stranger to India. It has, for example, been working with the Gujarat government on an emissions trading programme in Surat. Its lead author, Professor Michael Greenstone, is an ex-advisor to the Obama administration. "As countries navigate the dual challenges of sustaining economic growth and protecting the environment and public health, the AQLI shows not only the damage caused by pollution but also the enormous gains that can be made with policies to address it," Professor Greenstone, Director, EPIC, says.

Here's how the report describes Air Quality Life Index (AQLI): "AQLI is rooted in recent research that quantifies the causal relationship between long-term human exposure to air pollution and life expectancy. The Index then combines this research with hyper-localized, global particulate measurements, yielding unprecedented insight into the true cost of particulate pollution in communities around the world."

China Winning "War Against Pollution". What About India?

China is winning the "war against pollution" which it declared in 2014, the report explains. It allocated $270 billion with Beijing allocating another $120 billion. "The Beijing-Tianjin- Hebei area, one of China's most polluted areas in 2013, saw a 41% reduction in particulate pollution, translating to a gain of 3.4 years of life expectancy for its 108 million residents, if sustained," it says.

While India has also declared a war against pollution, the budget for this year's National Clean Air Programme (NCAP) is just Rs 460 crore, barely a little over 61 million dollars. While the NCAP's target is to reduce particulate matter pollution by  20 to 30 per cent of the 2017 levels  by 2024, the goals are non-binding, the report points out.

The report calls for urgent policy action, but the biggest benefits of increased life expectancy is contingent on India adopting the WHO's standards for air pollution which are far stricter than India's national standards. While the WHO guideline for PM2.5, the microscopic and toxic particulate matter, is just 10 micrograms per cubic metre of air, India's is 40. This translates into a major difference in life expectancy. Air pollution shortens the average Indian life expectancy by 5.2 years, relative to the WHO's standards, compared to 2.3 years relative to India's standards.