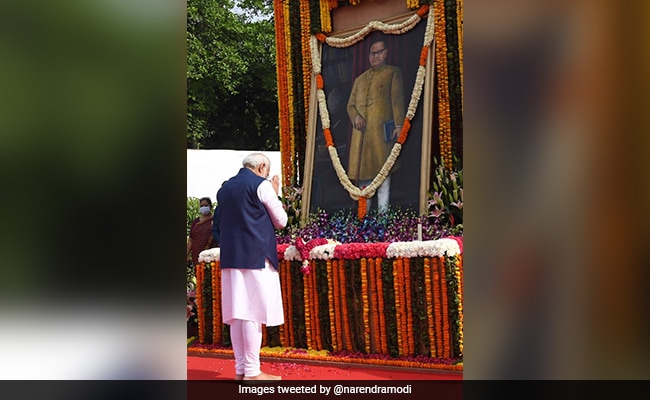 Prime Minister Narendra Modi today paid tributes to BR Ambedkar, the key architect of India's Constitution, and said his ideas for the welfare of Dalits, the downtrodden and deprived sections of society are an inspiration to his government.

He said BR Ambedkar has made indelible contributions to the country's progress.

The Prime Minister said his government's schemes have been executed keeping in mind the poor's interests.

"Our government has set many benchmarks in the field of social justice," he added.

Born in Maharashtra in a Dalit family in 1891, BR Ambedkar was a jurist and economist who played an important role in India's freedom movement.

BR Ambedkar championed the cause of the Dalit community which faced deep-rooted discrimination. He was also India's first Law Minister.

"Tributes to Dr Babasaheb Ambedkar on his Jayanti. He has made indelible contributions to India's progress. This is a day to reiterate our commitment to fulfil his dreams for our nation," PM Modi said in a tweet.