The Lakshman Jhula was in a dilapidated condition and not capable of sustaining the load of traffic, Trivendra Singh Rawat said, adding that its closure was the only option left. 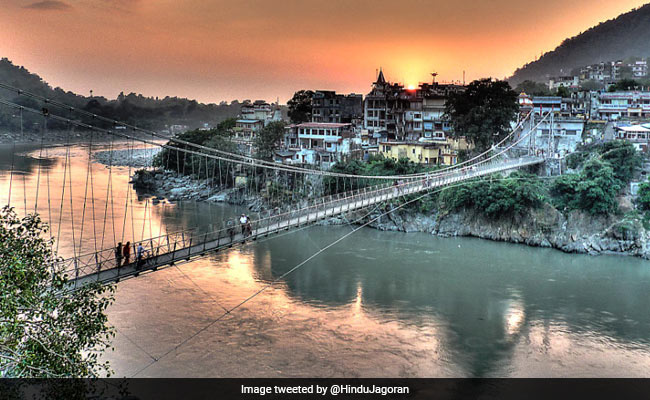 Lakshman Jhula was closed to traffic on Friday for safety reasons

The Uttarakhand government has decided to build a bridge across the Ganga in Rishikesh as an alternative to the iconic Lakshman Jhula which was closed due to safety reasons, Chief Minister Trivendra Singh Rawat said Saturday.

The bridge was in a dilapidated condition and not capable of sustaining the load of traffic, Mr Rawat said, adding that its closure was the only option left.

Keeping the bridge open to traffic could have been risky, especially in view of the upcoming Kanwar mela during which thousands of devotees cross it daily, he told reporters.

The bridge was closed on Friday on the recommendation of a team of experts from IIT Roorkee. They had recommended immediate closure of the bridge to all traffic and pedestrian movement.

"A decision has been taken to construct a bridge over the Ganga in Rishikesh soon as an alternative to Lakshman Jhula," the chief minister said.

The opinion of experts will be taken on how to preserve the Lakshman Jhula as a cultural heritage site, he said.

Built in 1923 over the Ganga, Lakshman Jhula is located five km northeast of the town and connects the two villages of Tapovan in Tehri district on the western bank of the river and Jonk in Pauri district.

One of the main attractions for tourists and devotees coming to Rishikesh, the pedestrian bridge was also used by two wheelers.

It was named after Hindu mythological character Lakshman as it stands where he was said to have crossed the river with the help of jute ropes.

Parts of many successful Hindi movies and serials were shot at the Lakshman Jhula including Ganga Ki Saugandh, Sanyasi and popular detective serial CID.

Closure of the bridge could also affect tourism as it was used by visitors bound for Tapovan and the famous Neelkanth temple near Rishikesh.