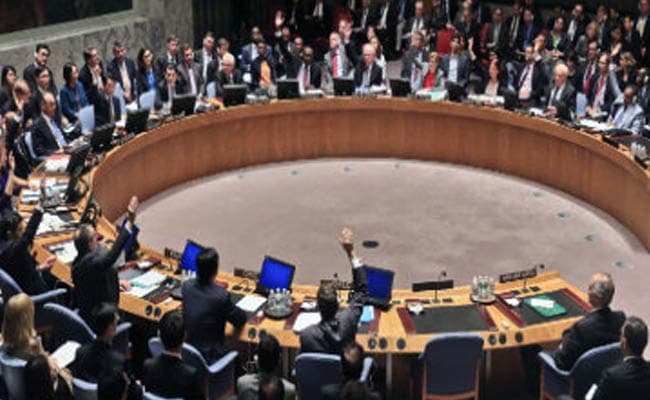 An article published in the Global Times says that unlike the popular perception in India, China has supported India's claims to a UNSC seat.

Beijing, China: India's alliance with Japan, Germany and Brazil to press for a permanent seat in the expanded UN Security Council (UNSC) is a big mistake, an article in the state-run Chinese daily said today. China has been opposed to Japan's candidature for historical reasons.

"In fact, India's biggest mistake is to ally itself with Japan, Germany and Brazil. First of all, these three countries have opponents in the region. Japan's bid for permanent membership will definitely invite strong opposition from China and South Korea," said the article published in the Global Times.

A research fellow at the state-run Shanghai Institutes for International Studies, Liu Zongyi, wrote that unlike the popular perception in India, China has supported India's claims to a UNSC seat.

"Indian politicians, academics and media insist China as its biggest obstacle in winning the seat. Beijing as a UNSC permanent member has not openly supported New Delhi's UN aspiration. India, taking this as an excuse, pressures China through every possible means," it said.

Brazil, India, Germany and Japan, are the most active in calling for a change. With the UN General Assembly on September 14 adopting a negotiating text, it has set the stage for talks on the reform. The article also mentioned the limited role of the US in helping India.

"Admittedly, the US once endorsed India's aspirations before. The reason behind such support is to rope India in to counter China. But Washington will not support New Delhi to obtain a veto seat."

The article said that it is Japan, rather than India, which has played the most active role in seeking a permanent seat within the G4 bloc.

"Uncertain of winning a permanent seat this year, Japan has already prepared to become a non-permanent Security Council member from 2016 to 2017. Earlier, Japan offered massive aid to Bangladesh in exchange for its support and has already won support from African and Latin American countries... India, on the other hand, has no such plan and already lagged behind Japan in winning the non-permanent seat, for which Asia has a quota of only one each year," it said.