Allah Has 99 Names, None Stand For Violence: PM Modi At World Sufi Forum

The fight against terrorism is a struggle between values of humanism and forces of inhumanity, Prime Minister Narendra Modi said at the World Sufi Forum today.

New Delhi: Denouncing terrorism at the World Sufi Forum today, Prime Minister Narendra Modi said Allah has 99 names and none of them stands for violence. And without naming Pakistan, he said, "When spirit and love of Sufism and not violent force of terrorism flows across the border, this region will be the paradise on earth that Amir Khusro spoke about."

Terrorism, the Prime Minister said, "divides and destroys us".

"When terrorism and extremism have become the most destruction of our times, the message of Sufism has global relevance," he said at the inauguration of the four-day meet. 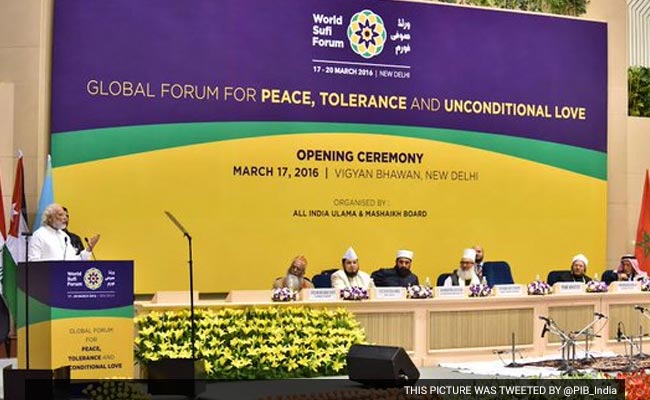 The reach of terrorism, he said, is growing and the toll is rising every year. "Last year alone, over 90 countries experienced terrorist attacks... Parents in 100 countries live with daily pain of their children lost to the battlefield of Syria."

But the impact of terrorism, he said, cannot be fully captured in statistics alone. "It is changing the way we live. There are forces and groups that are instruments of state policy and design."

A team of Pakistani investigators are arriving in India on March 27 to collect evidence connected to the terror attack at the Pathankot air force base that took place in January. While India has cited evidence about Pakistan-based Jaish-e Mohammad's involvement in the attack, Pakistan, in a break from tradition, has not straightaway dismissed the origin of the attackers.

In the backdrop of the Bharat Mata ki Jai slogan controversy, the Prime Minister also underscored the importance of maintaining the diversity and pluralism in Indian society.

"All our people, Hindus, Muslims, Sikhs, Christians, Jains, Buddhists, Parsis, believers, non-believers, are an integral part of India... Diversity is a basic reality of nature and source of richness of a society; and, it should not be a cause of discord," he added.

It is this diversity, he pointed out, that has given birth to Sufism. "Sufism blossomed in India's openness and pluralism. It engaged with her spiritual tradition and evolved its own Indian ethos."

More than 200 spiritual leaders, scholars and academicians are participating in the four-day event, which is being organised by All India Ulama and Mashaikh Board (AIUMB), the apex body of Sufi Dargahs in India. 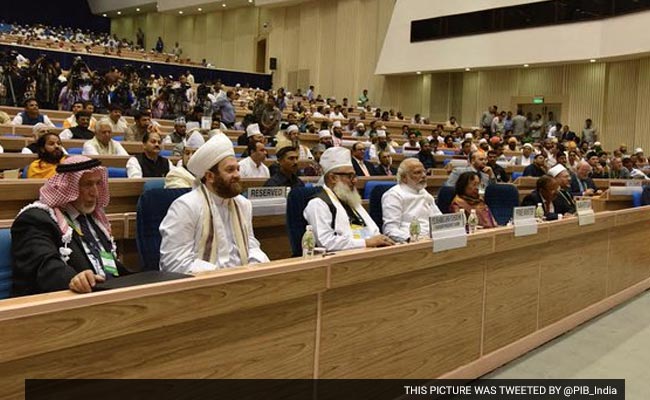