All The President's Men: On Parade With India's Elite Bodyguards

The President's Bodyguard, a 200-strong cavalry unit, have for centuries been assigned to India's uppermost VIPs, from British viceroys to heads of state. 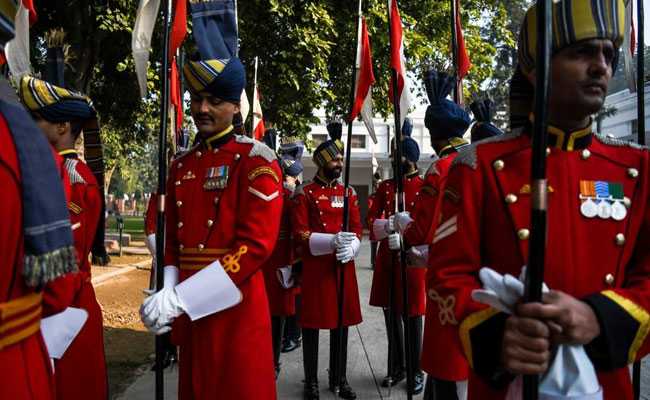 The pride, pomp and prestige of the President's Bodyguard commands enormous respect and intrigue.

They are members of the most elite regiment in the Indian Army, handpicked by height and heritage from a pool of thousands and bedecked in the finest regalia.

The President's Bodyguard, a 200-strong cavalry unit, have for centuries been assigned to India's uppermost VIPs, from British viceroys to modern-day heads of state.

Today, the mounted regiment flank President Ram Nath Kovind on ceremonial occasions, most notably the Republic Day parade where they march at the very head of India's armed forces.

Every January 26 in New Delhi, the horsemen -- draped in fine red coats, golden sashes and resplendent turbans -- escort the president to the stage and give the order for the national anthem to begin.

"It is the most proud moment for me as the commandant," said Colonel Dhiraj Chengappa, who leads the regiment. 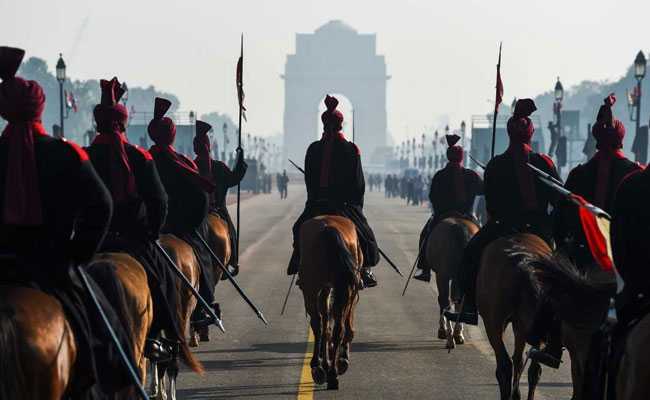 The horsemen, draped in fine red coats, golden sashes and resplendent turbans escort the president to the stage on Republic Day.

Attended by world leaders and beamed across the nation of 1.25 billion, the parade showcases India's military might and is the premier state event of the year.

Only the most elite troops make the cut.

Despite the title, the bodyguards are not charged with protecting the president. His security detail is provided by Delhi police.

But the pride, pomp and prestige of the regiment still commands enormous respect, and intrigue.

In December, more than 10,000 people applied for just nine vacancies in the mounted unit.

They were once jokingly referred to as "God's Gift to Beautiful Girls" -- a play on the acronym for the Governor General's Body Guards, one of their former titles.

The stringent recruitment policy has been challenged by those without the desired attributes or lineage.

In December a petitioner went to Delhi's High Court to contest the rule that bodyguards must be Sikh, or a member of two of India's upper castes -- Jat or Rajput.

The court is waiting for a reply from the army and government in Delhi. Chengappa said the regiment was following "the overall recruitment policy" of the army.

The storied brigade dates back to 1773, when British Governor General Warren Hastings raised a contingent of warriors later dubbed the "Viceroy's Guard". 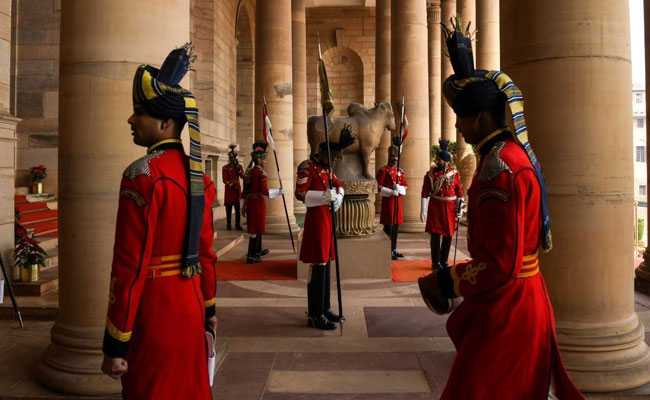 Candidates for the President's Bodyguard must be at least six feet tall, boast a pleasing physical appearance and carry an impeccable professional reputation.

At Independence in 1947, the regiment split as the subcontinent was cleaved into India and Pakistan.

As they divided their assets, both Indian and Pakistani officers wanted an ornate black and gold-plated carriage, once owned by the Viceroy of India.

The matter was solved by a toss of the coin, and India won. The same horse-drawn buggy now carries the president through the streets of Delhi on Republic Day.

The bodyguards ride only the finest horses for the occasion, select beasts pampered and trained in stables at the president's grand residence in Delhi.

Like their riders, protocol dictates their height and dimensions: at least 15 hands (1.58 metres) tall.

Unlike other cavalry units, the horses' manes are allowed to grow and are shampooed and sometimes braided for special occasions.

In their downtime, the bodyguards play polo, among other activities, and the connection between man and beast is strong.

Commandant Chengappa said his horse of 10 years, Virat, shared his dedication to order and duty.

"In one of the Republic Day parades I could see Virat looking at other horses with the corner of his eyes to align himself to their position in a straight line," he said.