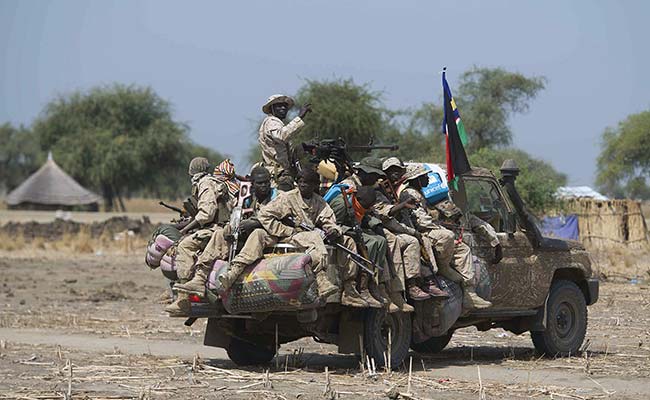 New Delhi: The Indian embassy in South Sudan swung into action after direction from External Affairs Minister Sushma Swaraj on Twitter, to provide rescue and relief to trapped Indians in a country which has turned into a war zone.

Forces loyal to Vice President Riek Machar have clashed with the President's troops and civilians are trapped amid heavy gunfire in the capital Juba. Over 270 people have been killed in the fighting, reported news agency Reuters quoting a ministry source.

Indian Ambassador to South Sudan Srikumar Menon told NDTV that all Indian nationals in the country were safe. "There are about 250-300 Indians in Juba. According to the reports I have received, all of them including the staff working at Indian establishments and Indian peacekeeping contingent are safe," he said.

The Indian embassy has issued an advisory for the Indians in Juba and has urged people to maintain calm and stay indoors till further directions.

The UN Security Council will hold a meeting today on renewed fighting in the region. "I am deeply frustrated that despite commitments by South Sudan's leaders, fighting has resumed," chief Ban-ki-Moon said in a statement. "This senseless violence is unacceptable and has the potential of reversing the progress made so far in the peace process."

The violence escalated on Sunday, a day after the world's youngest country marked its fifth independence anniversary.