The 45-year-old farmer allegedly committed suicide on Tuesday at Biharipur village in Baghpat as he was not being able to repay his loan, according to his relatives. 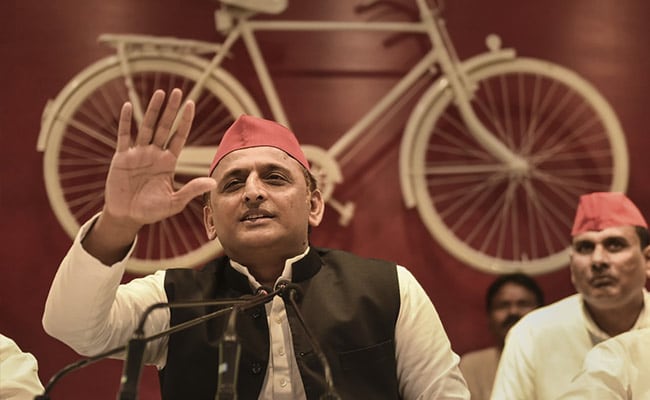 Samajwadi Party president Akhilesh Yadav on Wednesday termed the alleged suicide of a "debt-ridden" farmer in Uttar Pradesh's Baghpat district as "heart wrenching" and said the condition of farmers under the BJP rule is "exposing all lies" of the government.

The 45-year-old farmer allegedly committed suicide on Tuesday at Biharipur village in Baghpat as he was not being able to repay his loan, according to his relatives.

"The incident of suicide by a debt-ridden farmer in Baghpat, Uttar Pradesh is extremely heart-wrenching! Such conditions of farmers under BJP rule are exposing all the lies of the government. After all, till when will the farmer of the state endure all this?" Akhilesh said in a tweet in Hindi with hashtag #Nahi_Chahiye_BJP.

The farmer, Chaudhary Anil Kumar, was found dead in his neighbour's field.

Relatives of the dead man had told reporters that he had taken a bank loan of about Rs 7 lakh and Rs 3 lakh from a local moneylender. They said he was being asked to repay his loan but as he was not in a condition to repay it, he died by suicide.

Kotwali police station incharge Ajay Kumar Sharma had however said they were told that he was depressed but nobody informed them about his loan.

In a separate tweet, Mr Yadav appealed the people of Uttar Pradesh, wellwishers of farmers, workers of the SP and its allies to observe "Lakhimpur Kisan Smriti Diwas".

"Light a ''Kisan smriti deep'' (light an earthen lamp in the memory of farmers and honour them," he appealed.

The Samajwadi Party had on Tuesday asked all its workers and allies to observe "Lakhimpur Kisan Smriti Diwas" on the third of every month to remind people about the October 3 Lakhimpur Kheri violence and the "brutality of the BJP".

Eight people died in the violence and four of them were farmers, allegedly knocked down by a vehicle carrying BJP workers. Infuriated farmers then allegedly lynched some people in the vehicles. The other dead included two BJP workers, their driver, and a journalist.

Farmers claimed that Union Minister Ajay Mishra's son Ashish Mishra was in one of the vehicles, an allegation denied by him and his father who say they can produce evidence to prove he was at an event at that time.

Several of the people accused in the case, including Ashish Mishra, are in the jail.

Following the incident, the BJP, which is in power in Uttar Pradesh and at the Centre, is under attack by the Opposition, which is demanding the sacking of the Union minister for a fair probe into the matter.