Atal Bihari Vajpayee, a towering BJP leader, respected equally by his followers and opponents alike, died yesterday after his hospitalisation in June. 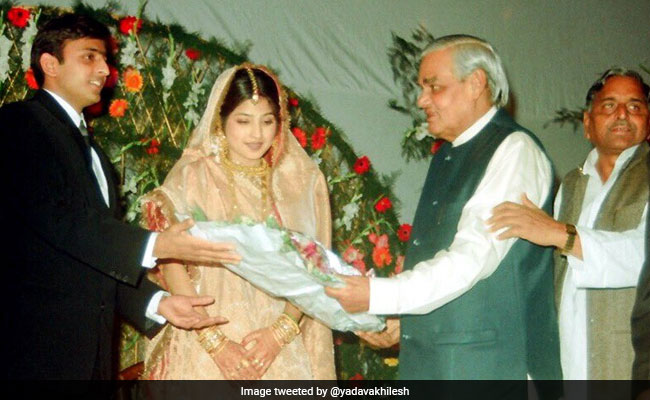 "Late Atal ji raised politics above party politics, taught us to stay unrelenting about party principles and personal philosophy, whenever politics strayed off course, he showed the right way, taught us to seek out friendship with other nations. With Atal ji's passing, the world of Indian politics and literature has lost a prominent voice. Silent salutation!" Mr Yadav tweeted.

Atal Bihari Vajpayee, a towering BJP leader, respected equally by his followers and opponents alike, died yesterday after his hospitalisation in June. His death sparked tributes from across the political spectrum. Prime Minister Narendra Modi mourned the "irreplaceable loss" of the respected statesman, his predecessor Manmohan Singh called him among modern India's tallest leaders who spent his whole life serving the country. Congress chief Rahul Gandhi said millions "loved and respected" him.

The former journalist and poet-turned-politician was one of the few opposition lawmakers inside parliament when India's first prime minister, Jawaharlal Nehru, still held office.

His more than five-decade-long career peaked in the 1990s, when his masterful oratory attracted tens of thousands of people to his rallies across the country.

He also became the first non-Congress leader since India's independence in 1947 to complete an entire term in office as head of a BJP-led ruling alliance between March 1998 and May 2004.