The Grammy-winning Maroon 5, led by frontman Adam Levine, performed some of their hit songs in an acoustic set at the Jio World Centre in Mumbai. 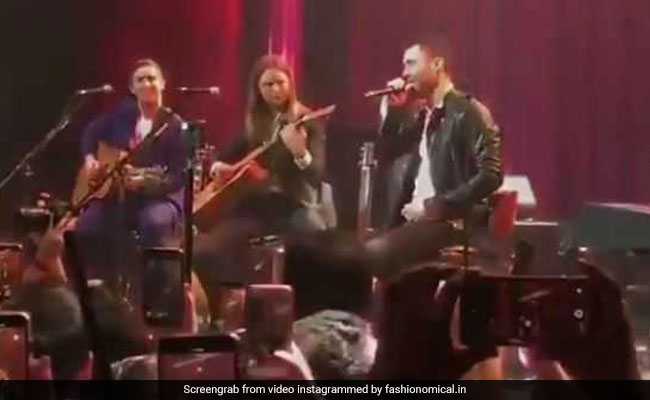 American pop-rock band Maroon 5 added some groove to the Akash Ambani-Shloka Mehta post-wedding celebrations, with a private performance that made them the latest international artists to be roped into the celebrations after Coldplay singer Chris Martin and The Chainsmokers played at a pre-wedding bash in Switzerland's St Moritz.

After pop diva Beyonce performed at Akash Ambani's twin sister Isha's pre-wedding celebrations last year, their father Mukesh Ambani did not fail to deliver this time either, with the Grammy-winning rock band led by frontman Adam Levine dishing out some of their hit songs in an acoustic set at the Jio World Centre in Mumbai last evening.

In videos posted on Instagram, the newlyweds can be seen slow-dancing and lip-syncing as Adam Levine croons their popular number "She Will Be Loved". In another video, the band is seen performing "Girls Like You". Akash Ambani and Shloka Mehta are reported to be big fans of the rock band, which has dished out hit tracks like "Sugar" and "Moves Like Jagger".

Akash Ambani is the oldest son of India's wealthiest man Mukesh Ambani and his wife Neeta Ambani. He got married to Shloka Mehta, daughter of diamond merchant Russell Mehta on Saturday in a glittering ceremony that was attended by film stars, company executives, politicians and sports personalities.