Photo Of Rajasthan Politician Urinating In Public Is Viral. He Defends It

Defending himself, Shambhu Singh Khatesar said urinating in the open was "an age-old tradition". He also denied urinating near the poster, which featured Rajasthan Chief Minister Vasundhara Raje. 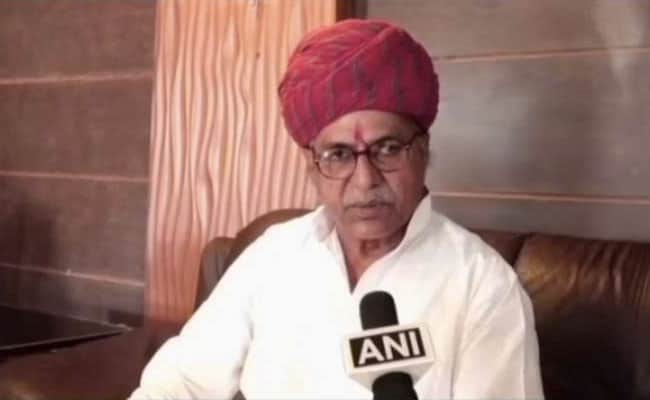 A Rajasthan politician has landed in an embarrassing controversy after a photo of him urinating near a wall, right next to a BJP campaign poster went viral on social media. Defending himself, Shambhu Singh Khatesar, the chairman of Rajasthan State Seeds Corporation, said urinating in the open was "an age-old tradition". He also denied urinating near the poster, which featured Rajasthan Chief Minister Vasundhara Raje.

"The photo of me urinating against a wall is not near a campaign poster," Mr Khatesar told news agency ANI.

He said that while defecating in public caused diseases, urinating in the open was not an issue, as long as it is done in a secluded area.

That the location was next to the venue for a BJP election rally, where according to him around 2.5 lakh people were in attendance, also did not appear inappropriate to the Mr Khatesar.

"There was no urinal nearby for kilometres at a stretch and I was busy working since morning," Mr Khatesar said.