Aircraft Carrier Viraat On Final Voyage To Gujarat, Will Be Dismantled 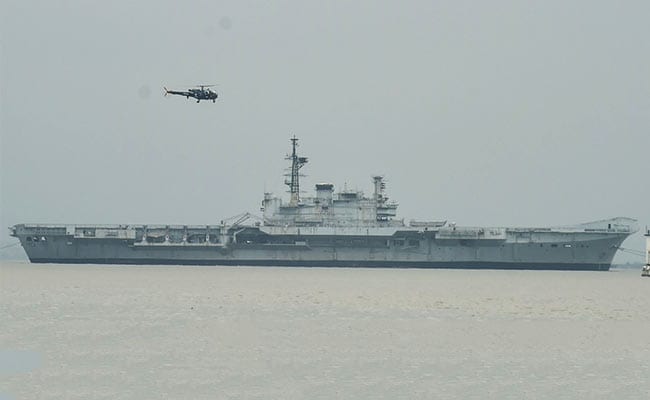 Aircraft carrier Viraat set sail for the last time, to Gujarat, where it will be broken down

Decommissioned aircraft carrier INS Viraat today set sail for the last time, on way to Alang in Gujarat, where it will be broken down and sold as scrap.

For Navy veterans who watched the huge vessel being towed by tug boats, there was a lump in the throat as they bade it an emotional farewell from the Gateway of India.

Former navy ship Viraat began its final journey from the Naval dockyard where it was berthed after being decommissioned in March 2017.

A Navy helicopter circling overhead provided a majestic backdrop to Viraat's last voyage from its home base for over three decades.

A Defence spokesperson said 'Viraat' was to leave for Alang on Friday, but its departure was delayed by a day.

... the Spirit lives on pic.twitter.com/RaAuCVPjGM

There were attempts to convert 'Viraat' into a museum or a restaurant, but none of the plans fructified.

Alang-based Shree Ram group has won the bid for dismantling the ship. The company's high capacity tugs are towing the vessel to Alang and it would take two days to complete the journey, an official said.

Many social media users lamented the failure of successive governments to preserve Viraat and another aircraft carrier Vikrant as maritime museums to depict India's rich naval heritage, instead of allowing them to be broken down and sold as scrap.