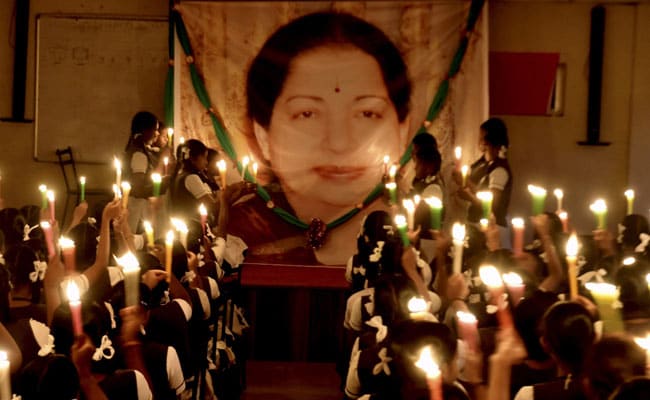 At a meeting in which the party chose Ms Jayalalithaa's closest friend Sasikala Natarajan as its new leader, it also said the former Chief Minister's birthday should be designated 'National Farmers' Day'.

The party resolved to do whatever it takes so Ms Jayalalithaa is awarded the prestigious Nobel and Magsaysay awards for her welfare schemes.

The AIADMK resolution said Ms Jayalalithaa had always called herself a farmer and implemented several welfare schemes, so it would be a fitting tribute to her memory to mark her birth anniversary as "Farmers'Day''.

Chief Minister O Panneerselvam had earlier taken the party's demand for a Bharat Ratna for Ms Jayalalithaa to Prime Minister Narendra Modi, whom he met in Delhi last week.

This morning, the party decided to make Sasikala Natarajan its general secretary.

The post was held by Ms Jayalalithaa till she died on December 5.

Soon after the meeting, Mr Panneerselvam and other party leaders headed to the home in Poes Garden that Ms Jayalalithaa shared for decades with Ms Natarajan, a former video store owner.

Promoted
Listen to the latest songs, only on JioSaavn.com
Ms Jayalalithaa died at 68 earlier this month of a massive cardiac arrest, after over two months in hospital.

(With inputs from Indo-Asian News Service)