A Navaneethakrishnan from AIADMK raised the issue of the party's 24 members in Lok Sabha being barred from attending the lower house for five days. 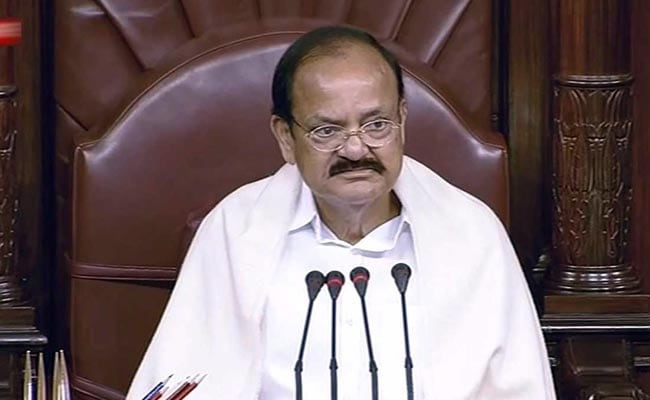 AIADMK members staged a walkout today from Rajya Sabha after they were disallowed from raising the issue of planned construction of Mekedatu dam on Cauvery river in Karnataka.

Soon after Chairman M Venkaiah Naidu expressed anguish at proceedings of the House being repeatedly adjourned because of disruptions, A Navaneethakrishnan from AIADMK raised the issue of the party's 24 members in Lok Sabha being barred from attending the lower house for five days.

The AIADMK members, he said, are unable to participate in Lok Sabha proceedings.

"This is undemocratic," he said as Mr Naidu ruled that conduct in Lok Sabha cannot be discussed in the Upper House.

Demanding that the central government withdraw permission given for a detailed feasibility report (DFR) for Mekadatu dam project, he said people of Tamil Nadu are being adversely affected.

Referring to party MPs being suspended from Lok Sabha, he said, "Our people are suffering".

To this, Mr Naidu said, "People of the country are suffering" because of disruptions his party has caused in Rajya Sabha resulting in washout of proceedings on most days of current winter session of Parliament.

He said Water Resources Minister Nitin Gadkari came to the House on Wednesday to give a statement on the issue but could not do so due to disruptions by the party members.

The Chairman did not allow Mr Navaneethakrishnan to raise the issue any further, following which the AIADMK members walked out of the House.