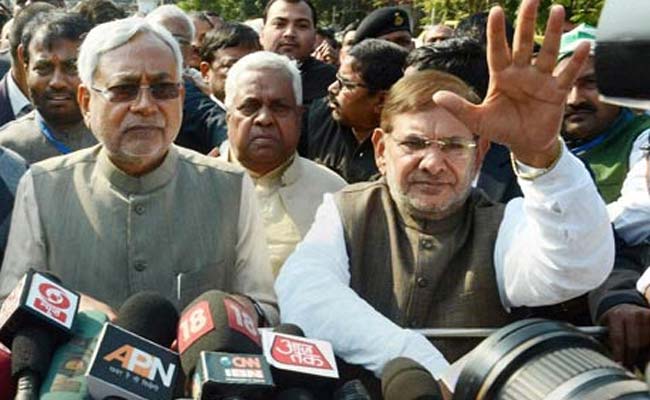 Patna: Tuesday's dramatic Gujarat Rajya Sabha election has fast tracked a break-up in Bihar, where Chief Minister Nitish Kumar and his senior colleague in the Janata Dal (United) Sharad Yadav are now inexorably headed for a split. They have been building up to it for some time now.

This morning, Sharad Yadav congratulated the Congress' Ahmed Patel for snatching victory despite an all-out effort by the BJP to prevent his re-election to the Upper House of Parliament. He also posted a photo with the Congress leader.

Heartiest congratulations on your victory in Rajya Sabha election in spite of toughest hurdles. Wish you all success in your career. pic.twitter.com/ICNTmq02nY

Ahmed Patel won his election yesterday by a single vote, possibly that of the JD-U's lone Gujarat MLA Chhotubhai Vasava, who defied party leaders to assert that he had voted for Mr Patel, an old friend. Chhotubhai Vasava also said that his decision to vote for Ahmed Patel and not the BJP, was in protest against party chief Nitish Kumar's decision to dump allies Lalu Yadav and the Congress in Bihar and partner with the BJP.

He asked why state units of the JD-U had not been consulted on the big move and dismissed top party leader KC Tyagi's assertion that Nitish Kumar had asked the Gujarat unit to vote for Balwantsinh Rajput, the BJP's candidate against Ahmed Patel.

By evening, Nitish Kumar had expelled the JD-U's state chief Arun Srivastava, who is known to be close to Sharad Yadav, as is Mr Vasava.

Sharad Yadav, who was JD-U chief for years before Nitish Kumar took over has called the Nitish Kumar-BJP alliance a betrayal of the people's mandate in the Bihar assembly elections two years ago, when Nitish Kumar led his alliance with Lalu Yadav and the Congress to victory on an anti-BJP agenda.

Mr Yadav has also complained that Nitish Kumar had not shared with him his plan to switch partners.

The JD-U has dissociated itself from a three-day public interaction that Sharad Yadav has announced from tomorrow, ahead of a party convention next week. The JD-U said it was the leader's "personal programme and has nothing to do with the party."

Sharad Yadav's open support for Ahmed Patel is seen as an attempt to provoke Nitish Kumar into throwing him out of the party. That will not jeopardise his membership of the Rajya Sabha; if he resigns, he will lose his seat in Parliament.

There have been signs of a rift for months now. As he worked his way to a renewal of his partnership with the BJP, Nitish Kumar's support for Prime Minister Narendra Modi's big reforms like demonetisation and implementation of GST was frowned upon by Sharad Yadav, who has steadily aligned himself with the opposition. Mr Yadav was also reportedly cut-up over Nitish Kumar replacing him as JD-U president last year.

Sharad Yadav is expected to continue working closely with opposition parties like Lalu Yadav's RJD and the Congress, attacking Nitish Kumar and the BJP.  Much like Nitish Kumar has returned to the BJP, an ally he had earlier parted ways with, Sharad Yadav is now aligning with a former partner in Lalu Yadav. They had split in 1997 after Lalu Yadav was charged in the fodder scam. 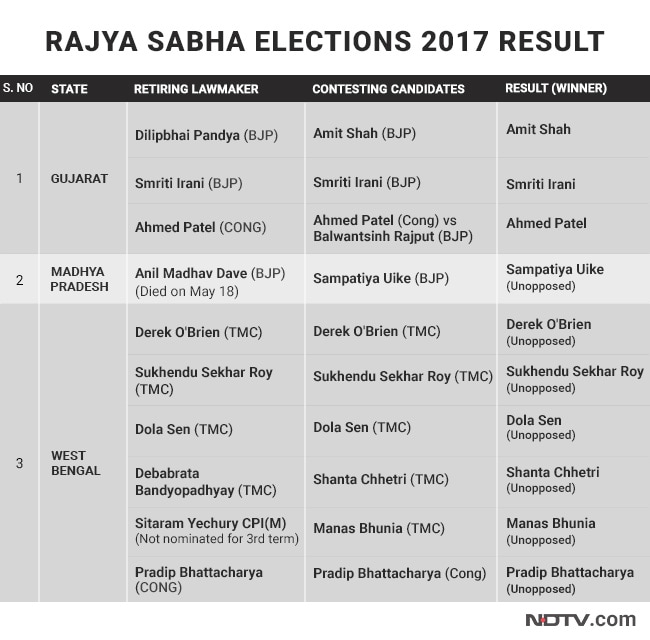