Indian Delegation To Visit US Ahead Of PM Modi's Visit

The delegation will be visiting the US on September 17 and include Congress leaders Manish Tewari and Jaiveer Shergill, BJP's Rajiv Pratap Rudy and Shiv Sena's Priyanka Chaturvedi. 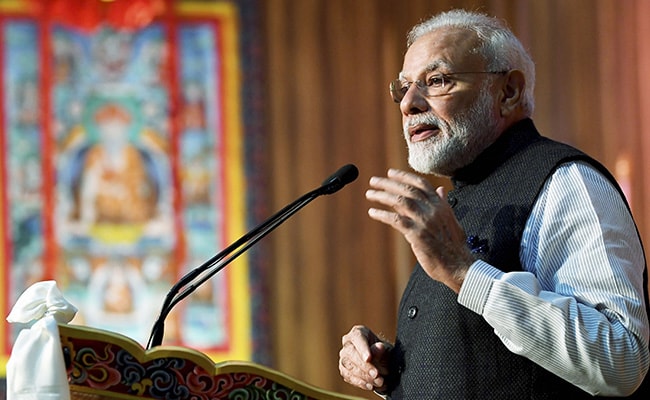 An Indian delegation of political leaders and foreign policy experts will be visiting the United States ahead of Prime Minister Narendra Modi's visit there to address the United National General Assembly on September 27.

The delegation will be visiting the US on September 17 and include Congress leaders Manish Tewari and Jaiveer Shergill, BJP's Rajiv Pratap Rudy and Shiv Sena's Priyanka Chaturvedi.

Mr Shergill said the delegation will visit both Washington DC and New York, where they will participate in discussions on various international issues, including the Indo-US relations and the impact of US-Afghan rumblings on South Asia peace and stability.

The leaders will also be part of deliberations at seminars hosted by the Observer Research Foundation and Heritage Foundation, he added.

During its visit to Washington DC, the delegation will interact with industry leaders keeping amid the trade challenges clouding the Indo-US ties, said Ms Chaturvedi.

The key topics of discussion include Indo-US trade, challenges of terrorism and instability of Afghanistan, she added.

Some members of the delegation, including Mr Shergill will also address a gathering at the University of Colombia on the ''impact of technology on democracy''.

Mr Tewari will speak on the "rise of right wing populism around the world and its implications on democracy".

Ms Chaturvedi will speak on Indo-US ties at the conference "India on the Hill" at Washington.