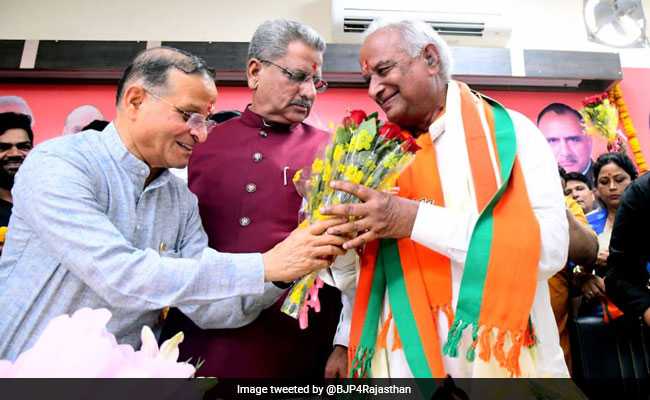 Madanlal Saini has been appointed two months after Ashok Parnami resigned from the post.

Rajya Sabha member Madanlal Saini today took charge as the BJP's Rajasthan president and said that under him, the party would focus on winning 180 seats in the assembly election due later this year.

BJP president Amit Shah had on Saturday appointed Mr Saini as the party's state unit president, over two months after Ashok Parnami resigned from the post.

"I do not work for any individual. I will work according to the party's ideology. RSS leaders are my idols," Mr Saini, who took charge in the presence of Chief Minister Vasundhara Raje and Rajya Sabha member Om Mathur, said.

On the occasion, Ms Raje said that the BJP gives its workers a chance to grow. The party high command recognised Mr Saini's contribution towards the party and greater responsibilities were bestowed upon him.

She said that the BJP would not only form a government in the state, but would also win all the 25 Lok Sabha seats in the general election.

Mr Parnami said the BJP's state unit would be strengthened under the able leadership of Madanlal Saini.