In the course of the shocking rebellion in Shiv Sena ranks, Devendra Fadnavis was being considered the natural frontrunner for Chief Minister post 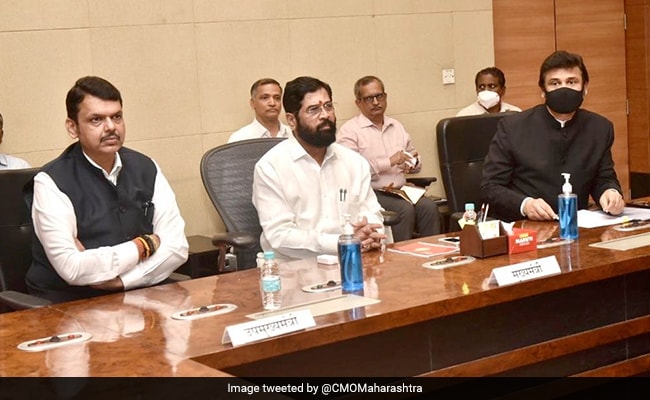 A day after he was credited with deft moves that brought down the Uddhav Thackeray government, senior BJP leader Devendra Fadnavis's new assignment as the Deputy Chief Minister has drawn potshots from political rivals.

"Agniveers" is a term coined by the government to refer to those recruited under the new military recruitment scheme 'Agnipath' - about 75% of the recruits will be let go after a term of four years. The new scheme sparked countrywide protests, with aspirants saying it provides no job security.

Congress leader Abhishek Singhvi, who is representing the Shiv Sena in the Supreme Court in the case related to disqualification of rebel MLAs, took a swipe at Mr Fadnavis for missing out on the Chief Minister's post.

The biggest question of the year still remains that which compulsion made BJP compromise from CM post despite horse trading and massively spending in Operation Lotus.

Nevertheless, we have a new LK Advani in Indian politics. #Devendra_Fadnavis remains the eternal CM in waiting.

He also said that the "biggest question of the year" is why the BJP settled for the Deputy Chief Minister post.

"The biggest question of the year still remains that which compulsion made BJP compromise from CM post despite horse trading and massively spending in Operation Lotus," he tweeted.

Taking a dig at Mr Fadnavis, who has earlier served as Maharashtra Chief Minister twice, Mr Singhvi added, "Nevertheless, we have a new LK Advani in Indian politics. #Devendra_Fadnavis remains the eternal CM in waiting."

Incidentally, it was a dispute over sharing the Chief Minister post that had led to the Sena and BJP parting ways in 2019.

The Maharashtra Congress too had its laugh. Taking a swipe at Mr Fadnavis's assertion, "I will be back", the party's state unit tweeted in Marathi, "I will be back but just to see."

In the course of the shocking rebellion in the Sena ranks, apparently supported by the BJP, Mr Fadnavis was being considered the natural frontrunner for the top job.

Soon after Uddhav Thackeray resigned as Chief Minister, visuals of party workers feeding laddoos to Mr Fadnavis went viral. But the next day had surprises in store.

According to sources, around noon yesterday, core leaders of the BJP met at Mr Fadnavis's home where CT Ravi, general secretary of the BJP in charge of Maharashtra, conveyed that the new Chief Minister would be Eknath Shinde, the leader of the Sena's rebel faction.

This was not all. The party wanted him to serve as Deputy Chief Minister, a shocker considering his political standing and role in toppling the Maha Vikas Aghadi (MVA) government.

Earlier, Sharad Pawar, NCP chief and a top leader of the MVA alliance, said Mr Fadnavis could not have been happy about his new job. "I don't think Devendra Fadnavis has accepted the Number Two position of Deputy Chief Minister happily," Mr Pawar was quoted as saying by news agency ANI.

"It can be seen on his face. But he had lived in Nagpur. It is his ethos as a swayamsevak (of Rashtriya Swayamsevak Sangh), so he accepted the position," Mr Pawar said. Nagpur is the headquarters of the RSS, the BJP's ideological mentor.