On the video, BJP legislator Ganesh Joshi was seen distributing Rs 100 notes to women during a Chhath Puja celebration in his constituency 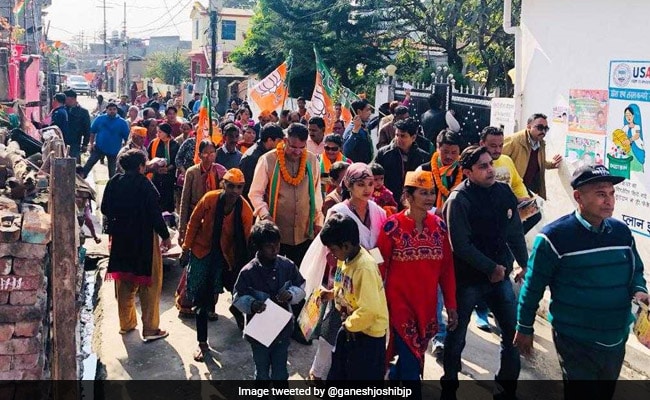 A BJP legislator in Uttarakhand who was seen on video giving cash to people in an apparent violation of the election code, as the civic polls are due on November 18, has cited age-old religious practice in his defence.

On the video, BJP legislator Ganesh Joshi was seen distributing Rs 100 notes to women during a Chhath Puja celebration in his constituency. "You must have noticed in the video that I am handing notes only to women who apply tika on my forehead, not to all those present there. Brothers do give money or a gift to their sisters when they apply tika on their foreheads. It is an age-old practice. What is wrong in it?" Mr Joshi said.

It has nothing to do with the civic body elections as being alleged by the Congress, he said. "The Congress is making a mountain out of a molehill as it can see its defeat in the polls," he said.

On whether he had been served with a notice for alleged violation of the model code of conduct by the state election commission, he said he had not received any such notice.

"I will reply to it when I get it. No one takes cognisance when liquor is distributed among voters to influence them but they object when an age-old religious practice is followed," the Mussoorie legislator said.

He is no stranger to controversy. During a BJP rally in 2016, Mr Joshi was in the news for assaulting police horse Shaktimaan, which died of injuries later.

The state election commissioner said he is looking into the matter.