Protesters lash out at security agencies, too, over alleged terror strikes during Navarati festival and just ahead of Home Minister Amit Shah's visit 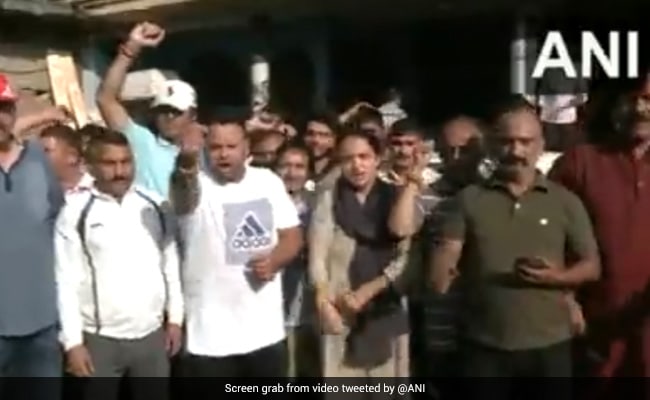 Protests against Pakistan were held by groups in Jammu and Udhampur districts today after two blasts by suspected terror modules. The protestors blocked a main highway and other roads.

This morning, a blast took place in a bus in Udhampur. The roof and the backside of the bus were blown away but no one was injured. The previous night, another such blast occurred in an empty bus parked near a petrol pump here, injuring two people.

Jammu | NIA team inspects after an explosion took place in a bus parked at Domail Chowk in Udhampur pic.twitter.com/8GL2zABcOK

In Udhampur, locals came out at three places in the town and held anti-Pakistan protests. They also burnt effigy of Pakistan and raised slogans. The protestors demand enhancement of security in and around the town.

They lashed out at the security agencies for their failure to ensure foolproof security despite ongoing Navarati festival and the forthcoming visit of Union Home Minister Amit Shah on October 4.