After Smoke In Spicejet Cabin, Centre To "Strengthen" Aviation Watchdog

Rajya Sabha MP Priyanka Chaturvedi wrote to Aviation Minister Scindia, highlighting an incident of smoke inside the cabin of a SpiceJet's flight and sought necessary action to ensure the highest level of safety standards. 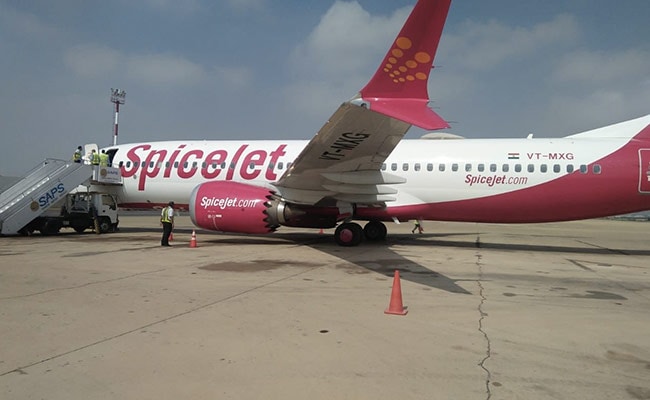 On October 12, a SpiceJet aircraft had an emergency landing after smoke filled up its cabin. (File)

The civil aviation ministry will create a "substantial" number of posts at the Directorate General of Civil Aviation (DGCA) to enhance its safety oversight function, Union minister Jyotiraditya Scindia has said.

Responding to a recent communication by Rajya Sabha MP Priyanka Chaturvedi, the civil aviation minister also said the DGCA has completed as many as 202 surveillance inspections in this fiscal so far.

Chaturvedi, in a letter to Mr Scindia, had on October 14 highlighted an incident of smoke inside the cabin of a SpiceJet's Goa-Hyderabad flight and sought necessary action to ensure airlines maintain the highest level of safety standards.

On October 12, SpiceJet's Bombardier Q400 aircraft operating its flight to Hyderabad from Goa had an emergency landing in Hyderabad after smoke filled up its cabin.

"...I have had the matter examined. Based on the preliminary investigation, evidence of engine oil was found in the engine bleed-off valve, which had led to oil entering the aircraft air-conditioning system resulting in smoke in the cabin," Mr Scindia said in his response to Chaturvedi on October 21.

The observations made by DGCA were communicated immediately to SpiceJet for rectification, the minister said, adding, "DGCA is keeping a close watch on the situation and shall take all appropriate action to avert any untoward incident." The ministry and DGCA place "highest importance on the safety of air operations" and have taken several proactive measures to enhance the safety of air operations and minimise air occurrences, Mr Scindia said in the communication.

He said that in addition to various steps, DGCA has further conducted 59 spot checks on SpiceJet aircraft, among others.

In July this year, the regulator had capped SpiceJet's flight operations at 50 per cent of the approved flights for the summer schedule for eight weeks following numerous flight safety incidents and a show-cause notice.

This was subsequently extended to October 29.

However, On October 21, flights regulator DGCA lifted these curbs and allowed it to operate with full capacity from the winter schedule that will start from October 30, 2022 till March 25, 2023.

"You would appreciate that the surveillance inspections as per the annual surveillance plan for Spicejet has been increased to 47 in 2022-23 as against 33 in 2019-20.

"In addition, the ministry has decided to strengthen the DGCA."

Moreover, DGCA continues to take proactive measures to ensure that the level of safety standards is maintained by the airline, he said.

In case of any non-compliances, DGCA ensures that appropriate enforcement action is taken, Mr Scindia said.

Ms Chaturvedi in the letter had said that while passengers have the option of choosing airlines, the lives of crew are put at risk without any safety net due to their employment dependency on the carrier they work with.

"In view of the inadequacy of the earlier actions taken despite spot checks and investigations by the DGCA, I request you to take necessary and appropriate actions to ensure maintenance of the highest level of safety standards by the airlines," she had stated.