After Tableau Row With Centre, Tram Flagged Off For Netaji's Birthday In Kolkata

The single-bogey tram was flagged off by Madan Mitra, the chairman of West Bengal Transport Corp Ltd, at the Gariahat depot in south Kolkata. 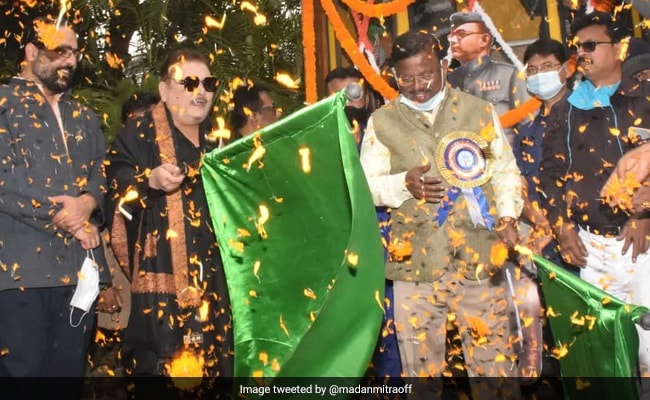 The tram will run for five days between Gariahat and Esplanade, Trinamool MLA Madan Mitra said.

Trinamool MLA Madan Mitra on Saturday flagged off a tram themed on the 125th birth anniversary of Netaji Subhas Chandra Bose, calling it a "befitting" response to the Centre's rejection of West Bengal's Republic Day tableau that had the same theme.

Hitting back, BJP state president Sukanta Majumdar said Mr Mitra's comments showed that the Trinamool was looking to reap political dividends from every project of the state government.

The single-bogey tram was flagged off by Mr Mitra, the chairman of West Bengal Transport Corp Ltd, at the Gariahat depot in south Kolkata.

The tram, named 'Balaka', has books on Bose and showcases posters and photos of the icon. It has been also been decked up with the Tricolor.

"This is Bengal's befitting response to New Delhi in the wake of the insult to the state and its people. Whenever New Delhi humiliates Bengal, we will give a strong response. Don't underestimate Bengal," Mr Mitra said.

The tram will run for five days between Gariahat and Esplanade, he added.

The BJP said Mr Mitra is not even taken seriously by his party, Trinamool.

"After being reprimanded by TMC for his recent Facebook lives, Madan Mitra, who is not taken seriously by his party's leadership, is trying to get some points and eyeing a berth in the cabinet with the comments. His statement shows that TMC wants to reap political dividends from every project of state government," he said.