Bhiwani administration launched a rescue operation at the Dadam mining zone in Tosham block and several people are feared trapped. 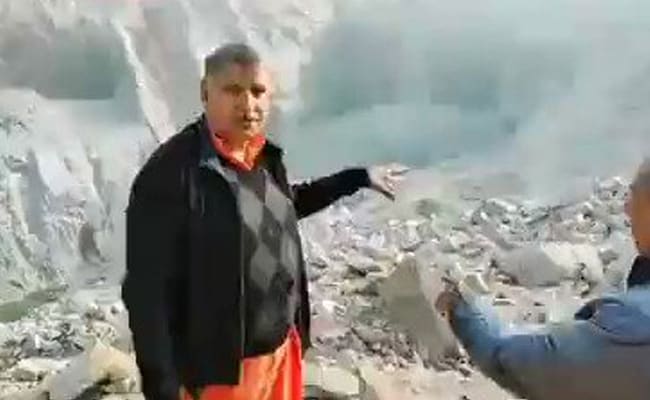 Four people died in a landslide at the Dadam mining zone in Tosham block.

BJP MP Dharamvir Singh on Saturday hinted at illegal mining after a landslide in which four people died and several others were feared trapped in Haryana's Bhiwani.

"The way the water passed 700-800m below ground level, it seems like illegal mining is going on in the area," Dharamvir Singh, who is the MP from Bhiwani, said.

After the incident, Bhiwani administration launched a rescue operation at the Dadam mining zone in Tosham block.

Police said around half a dozen dumper trucks and some machines have been buried under debris after the landslide in Tosham block.

Mr Singh said that he would request Haryana Chief Minister to launch an inquiry into the matter.

The BJP leader said that such incidents have been happening regularly and there was a possibility that this is a result of illegal mining.

"We will conduct an inquiry into the matter. I will also request the Chief Minister to conduct a detailed inquiry so that such incidents don't happen again," Mr Singh said.

Congress spokesperson Randeep Surjewala tweeted the video of Dharamvir Singh's remarks on illegal mining and urged the Chief Minister for a response.

Mining activities have been taking place on a large scale in Dadam mining area and Khanak Pahari after the National Green Tribunal lifted its ban on mining work in the area. The two-month ban, imposed by the green court due to pollution, was lifted on Thursday and the mining work resumed only on Friday.