After Clashes In Islampur, Legal Notice By RSS To Trinamool Congress

A college student, Tapas Burman, and an Industrial Training Institute (ITI) student, Rajesh Sarkar, were killed when protesters clashed with the police on September 20. 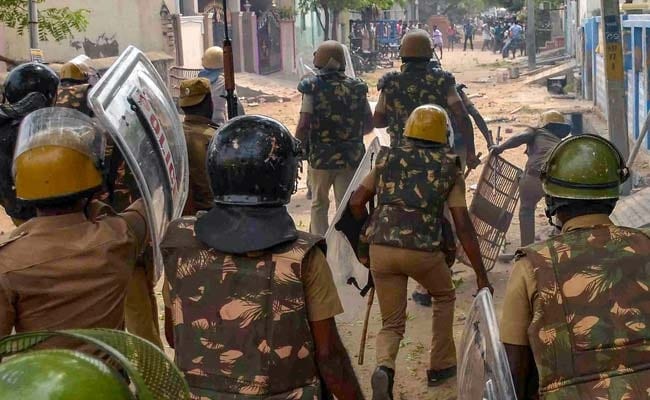 The state government had handed over the investigation to the CID. (File)

The Rashtriya Swayamsevak Sangh (RSS) has sent a legal notice to the Trinamool Congress for its leaders' comments that the organisation was behind the death of two students in a clash in West Bengal's North Dinajpur district last month.

A college student, Tapas Burman, and an Industrial Training Institute (ITI) student, Rajesh Sarkar, were killed when protesters clashed with the police on September 20 over the recruitment of Urdu and Sanskrit teachers at the Daribhita High School in Islampur, police had said.

The deceased's family members, villagers and the Bharatiya Janata Party had alleged that the students were killed in police firing, a charge that was denied by the state administration and the police.

The TMC leadership had claimed that it was RSS-BJP that had hatched a conspiracy and was behind the killing.

"We have sent a legal notice to the TMC. They have to either apologise for their comments or prove whatever they had said about the RSS -- blaming us for the incident -- is true," spokesperson Jishnu Basu told PTI on Thursday.

Senior TMC leaders declined to comment on the issue. A legal notice is a precursor to a case being filed in a court.

"If the TMC is so keen on bringing out the truth then it should hand over the investigation to the CBI," Basu added.

The family members of the two students and the BJP had demanded an inquiry by the central investigating agency into the incident.

The state government had handed over the investigation to the CID.