After diplomatic row, man arrested in Goa for Nigerian's murder 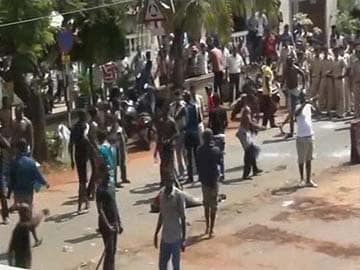 Panaji: The Goa police have arrested one man for the murder of a Nigerian national in north coastal Goa last week, which led to a huge backlash that included protests by Nigerians and the subsequent eviction of foreigners without valid visas.

Suren Paul, a 24-year-old Goan suspected to have links with the drug mafia, has been arrested for the murder of Nigerian Obodo Simon, who was found dead with stab wounds in Mapusa town.

The Nigerian's murder triggered protests by some 200 Nigerians who blocked a major national highway and clashed with the police and locals.

After this, Chief Minister Manohar Parrikar asked the police to comb the entire state and locate Nigerians and other foreign nationals who do not have valid visas. He said the minor cases against Nigerians would be dropped and they would be deported.

On Monday, news agency IANS quoted a Nigerian consular official as warning that thousands of Indians in his country will be "thrown out on the streets" if the police doesn't stop evicting Nigerians from their homes in Goa.

Promoted
Listen to the latest songs, only on JioSaavn.com
"There are only 50,000 Nigerians living in India but there are over one million Indians living in Nigeria. Thousands of Indians living there will be thrown out on the streets if forcible eviction of Nigerians in Goa does not stop," consular attache Jacob Nwadadia was quoted as saying.

Nigeria has also formally written to the Indian government expressing concerns over the security of its citizens.