Mehul Choksi's lawyer, who had talked of his ill health, said last month that he cannot submit his medical reports in Mumbai as directed 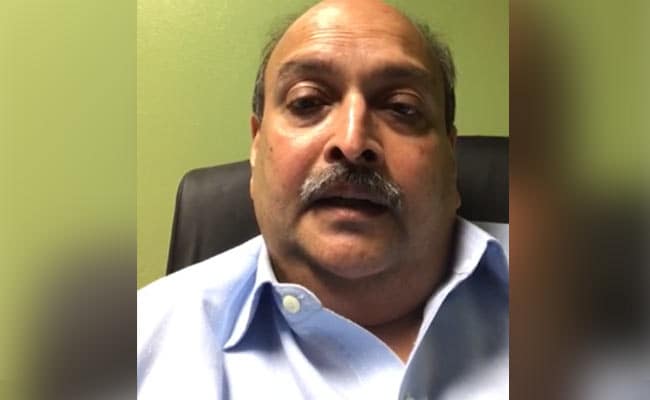 Fugitive diamond trader Mehul Choksi can't come India due to "serious health concerns" and will take "legal remedies" under the law of Antigua, his lawyer said today as the country's Prime Minister called him a "crook" who "adds no value" to their country. The 59-year-old, wanted along with his nephew Nirav Modi for the Rs 13,500 crore Punjab National Bank scam, had earlier refused to return to India, saying he feared that would be "lynched".

"He (Mehul Choksi) left India for his medical treatment and at that time there were no CBI or ED criminal proceedings pending against him nor was there anything conceived against him," read a statement from his lawyer Vijay Aggarwal.

"Every person who is facing any sort of accusations is presumed innocent until a court of law pronounces him guilty. He is entitled to avail of all legal remedies. He shall prove his innocence in due course of time," added the statement - released hours after Prime Minister Gaston Browne's sharp comments.

Mehul Choksi's lawyer, who had talked of his ill health, said last month that he cannot submit his medical reports in Mumbai as directed, as his doctor in Antigua has refused to treat him "due to some reason".

Earlier today, Antiguan Prime Minister Gaston Browne said it was "unfortunate" that Mehul Choksi was cleared by Indian officials as a person in "good standing" during his immigration to Antigua.

"He will be ultimately deported after exhausting all his appeals. He will be extradited back to India to face whatever charges against him. It is just a matter of time," Mr Browne was quoted as saying by news agency ANI.

Efforts are on to extradite him so that he can face trial in India. The Enforcement Directorate has seized properties worth Rs. 24 crore belonging to him.

Nirav Modi, who had escaped to London, has been arrested and faces extradition.