After 48 Years, Navy Gets New Helicopters To Replace Its Sea King Fleet

Today's announcement by the United States approving the $ 2.6 billion sale of 24 MH-60R helicopters for the Indian Navy could not have come a day later. 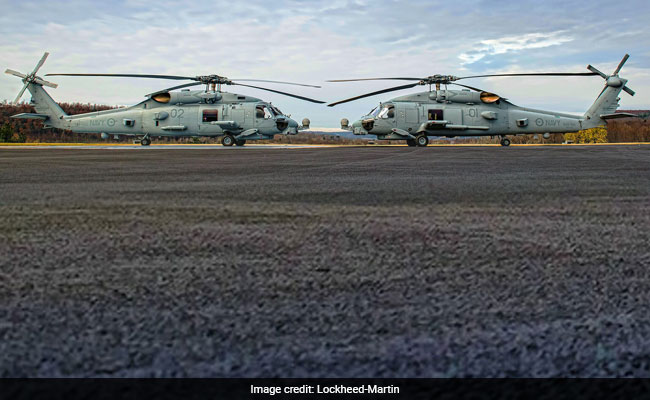 In July 1971, the first British made Sea King helicopter landed on the deck of INS Vikrant, India's first aircraft carrier.

48 years later, the INS Vikrant is long gone - decommissioned and broken up, but variants of the same Sea King helicopter continue to fly.

They have remained the primary anti-submarine helicopter of the Indian Navy, designed to detect enemy submarines and, if necessary, to take them out using torpedoes.

But maintaining the Sea King has been a nightmare for the Indian Navy over the last decade. Parts have been tough to come by and by now, only a handful of the choppers remain operational. Not enough for a fleet which now boasts of some of the world's most advanced destroyers and frigates.

Wednesday's announcement by the United States approving the $ 2.6 billion sale of 24 MH-60R helicopters for the Indian Navy could not have come a day later. Most of the Indian Navy's warships have been operating without a dedicated anti-submarine helicopter using, instead, a Chetak (Alouette III) chopper for multi-purpose duties. The Chetak, incidentally, is even older than the Sea King, flying first in 1959, sixty years ago.

In a statement on Wednesday, the US State Department approved the sale of 24 MH-60s and affiliated equipment including state of the art sensors, communication systems and weapons systems. "This proposed sale will support the foreign policy and national security of the United States by helping to strengthen the US-Indian strategic relationship and to improve the security of a major defensive partner which continues to be an important force for political stability, peace and economic progress in the Indo-Pacific and South Asia region."

According to the US Defence Security Cooperation Agency, "the proposed sale will provide India the capability to perform anti-surface and anti-submarine warfare missions along with the ability to perform secondary missions including vertical replenishment, search and rescue and communications relay."

The acquisition of the MH-60 has not been easy. The helicopter had been selected thorough a competitive bidding process but the deal collapsed because of concerns with the price. This resulted in the tender being cancelled. 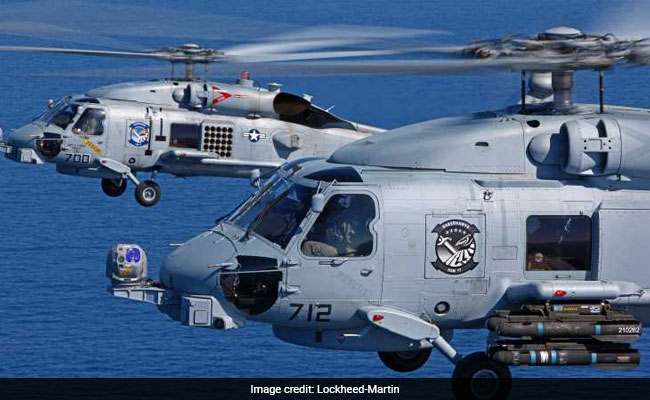 The US has approved USD 2.6 billion sale of 24 MH-60R helicopters for Indian Navy

Worried about the depleting strength of its Naval helicopter fleet, the government made a formal request to the US in November 2018 for the purchase of 24 MH-60R choppers in a government to government deal under the Foreign Military Sales route.

This request came just a month after both countries signed the Communications, Compatibility, Security Agreement (COMCASA), a ''foundational agreement'' that allows the United States to legally share high-end encrypted communication and satellite data with a friendly partner nation.

Consequently, the MH-60 Rs being procured now are fully compatible with American warships, drones and submarines if Indian and American forces decide to operate together in the future. Both sides already engage in very high end Naval exercises and are close strategic partners.

Surprisingly, India has procured very limited quantities of weaponry with the helicopters indicating that a future deal for these may be on the cards. As an example, India has acquired just 30 Mk-54 torpedoes to go with the helicopters even though the primary role of the choppers is anti-submarine warfare. Similarly, the Navy has acquired inert training rounds of the Naval Strike Missile without actually procuring the missile itself. The Naval Strike Missile (NSM) is designed to hit targets such as ships more than 180 kilometres away.

The Navy has not specified why it has ordered limited weaponry to go with the choppers though the possibility that indigenous weapons may be mounted in the future cannot be ruled out.