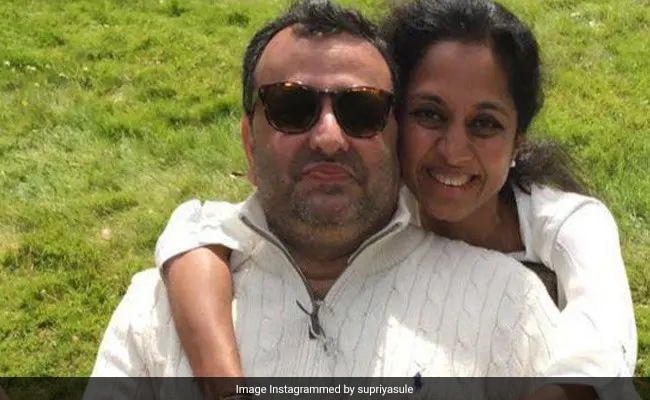 Supriya Sule in a throwback with Cyrus Mistry

Cyrus Mistry, former Tata Sons chairman who died in a car crash on Sunday, was cremated today in Mumbai. The death of the 54-year-old, scion of one of India's most illustrious business families - Shapoorji Pallonji Group - has shocked corporate India.

"Adore you..Still can't believe it. We will forever miss you. Rest in peace Cyrus," she captioned the post.

Ms Sule, who called Mr Mistry "her twin", said her family was scheduled to meet Cyrus and his wife in London on September 12.

"Gone from our sight, but never from our hearts," a devastated Ms Sule posted a day before.

Gone from our sight, but never from our hearts.

Speaking about his food habits, Ms Sule said may be he had a "Maharashtrian soul in him" as he loved thecha, a vegetarian Maharashtrian food preparation. Prawn curry was another favourite, she said.

Cyrus Mistry was named chairman of Tata Sons in 2012. His shock ouster in 2016 triggered a very public, years-long courtroom and boardroom battle between two of India's most storied corporate clans, the Mistrys and Tatas.

Mr Mistry is survived by his wife Rohiqa and their two sons.