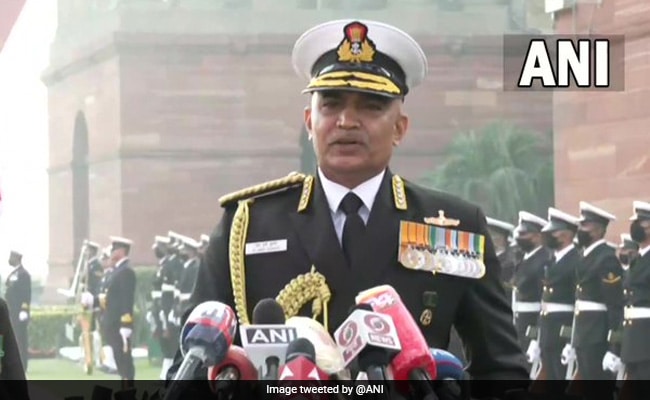 Admiral R Hari Kumar on Tuesday took charge as the new chief of Naval Staff (CNS) and received a guard of honour at the South Block lawns in Delhi.

Speaking on the occasion, CNS Kumar said, "It is a matter of great honour for me to take charge as the Chief of Naval Staff. Indian navy focus would be on national security and maritime challenges. I will put my energy focused on it. My predecessors have guided the navy and I will also try to build upon their accomplishments and achievements."

Speaking on the occasion retiring Admiral KB Singh said, "I last 30 months crisis of covid and Galwan. The navy did its best to deal with the crisis. Navy looked outward always available to help citizens and the nation."

Born on April 12, 1962, Vice Admiral R Hari Kumar was commissioned on January 1, 1983, into the Executive Branch of the Indian Navy.

During his long and distinguished service spanning nearly 39 years, he has served in a variety of Command, Staff and Instructional appointments.

He served as Fleet Operations Officer of the Western Fleet.